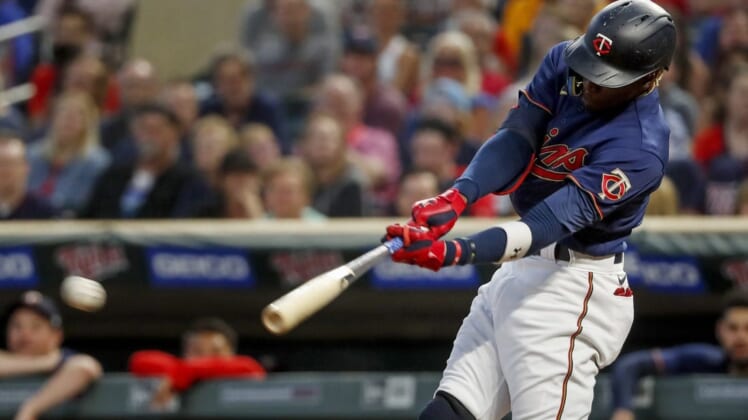 Andrew McCutchen and Willy Adames each homered, and the Milwaukee Brewers held on for a 6-3 win over the Minnesota Twins on Tuesday night in Minneapolis.

Jonathan Davis and Jace Peterson also drove in one run apiece for Milwaukee, which won for only the second time in its past six games.

Jorge Polanco went 2-for-3 with a homer, an RBI and two runs to lead the Twins at the plate. Nick Gordon and Byron Buxton also had one RBI apiece for Minnesota, which has lost four of five.

Twins right-hander Josh Winder (4-3) was tagged with the loss after surrendering five runs on four hits in five innings. He walked two and struck out two.

Milwaukee closer Josh Hader struck out the side in the ninth to pick up his 27th save.

The Brewers opened the scoring with two runs in the top of the first. Adames drew a one-out walk, and McCutchen brought him home his ninth homer of the season.

The Twins cut the deficit to 2-1 in the second. Polanco led off the inning by pulling a 384-foot shot down the line in right field for his 13th homer.

In the fourth, the Twins evened the score at 2-2. Gordon hit an RBI single to right field to score Polanco from second base.

The Brewers seized a 5-2 advantage during a three-run fifth.

Davis hit a go-ahead RBI single to center field to start the big inning for Milwaukee, and Adames followed two batters later with a 391-foot homer over the wall in left field. It marked Adames’ 18th homer, moving him in front of Rowdy Tellez (17 homers) for the team lead.

Peterson made it 6-2 in the sixth with an RBI single to deep right field to score McCutchen.

Minnesota pulled within 6-3 in the seventh on an RBI groundout by Buxton.

The game was interrupted by three rain delays, the longest lasting one hour and six minutes during the top of the sixth.