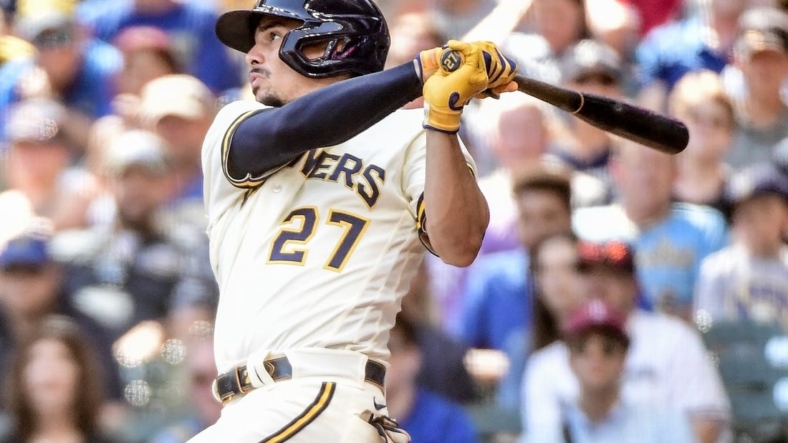 Freddy Peralta allowed one run over five innings, and the Milwaukee Brewers took advantage of some shoddy defense and nine walks from Pittsburgh pitchers to beat the visiting Pirates 6-1 on Wednesday.

Keston Hiura and Luis Urias each had two hits with an RBI for the Brewers, who won two of three from the Pirates to win back-to-back series for the first time since taking three in a row from July 22-31. Fighting for a fifth consecutive postseason appearance, Milwaukee has won four of five following an 8-15 rut.

Meanwhile, Ben Gamel homered and Kevin Newman had two hits for the Pirates, who have dropped 19 of their final 25 games in August.

Peralta allowed two hits while striking out three without a walk, but one of those hits left the park via ex-Brewer Gamel’s seventh home run of the season in the fourth. Meanwhile, Pittsburgh starter Zach Thompson pitched four scoreless innings, yielding three hits and a walk while fanning five.

However, the Pirates’ shaky defense opened the door for the Brewers to overcome that 1-0 hole.

Ke’Bryan Hayes failed to field a grounder in the shift to put runners on first and second in the fifth. That led to Willy Adames’ game-tying double to right-center field.

In the sixth, with Miguel Yajure (1-1) on the mound, Pirates rookie shortstop Oneil Cruz’s throw to first base was wild after a routine grounder from Hiura. Hiura would eventually score on Omar Narvaez fielder’s choice grounder, which Newman didn’t glove cleanly enough in time to throw home, giving Milwaukee a 2-1 edge.

A short-hopped grounder handcuffed Cruz in the seventh. Though he wasn’t charged with an error, it opened the door for Hiura and Urias to deliver run-scoring singles. Then consecutive bases-loaded walks to rookie Garrett Mitchell and Christian Yelich from Yohan Ramirez capped the four-run frame for Milwaukee.

Taylor Rogers (3-6) allowed two hits over 1 1/3 scoreless innings to pick up the win.