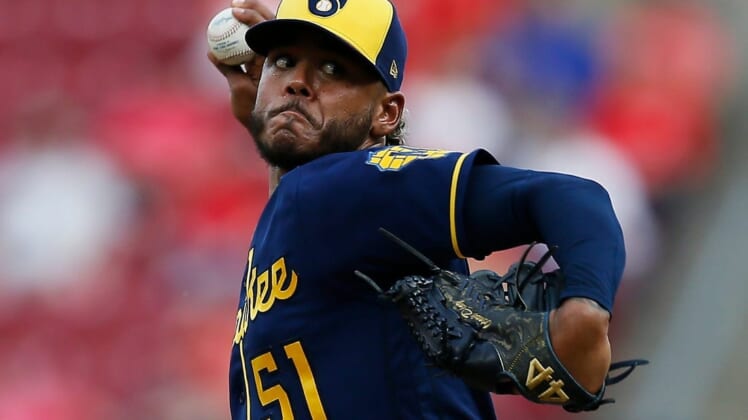 The Milwaukee Brewers will be getting a boost to the starting rotation right around Tuesday’s trade deadline when right-hander Freddy Peralta is activated from the 60-day injured list after being out due to a shoulder injury.

Brewers manager Craig Counsell told reporters Sunday that there remains a chance that Peralta could return as a reliever, but that his role has not been solidified.

The actual return date for Peralta has not been set but will come at some point in the upcoming three-game series against the Pittsburgh Pirates that starts Tuesday.

Peralta, 26, last pitched May 22 and has been out ever since with a posterior strain in his right shoulder.