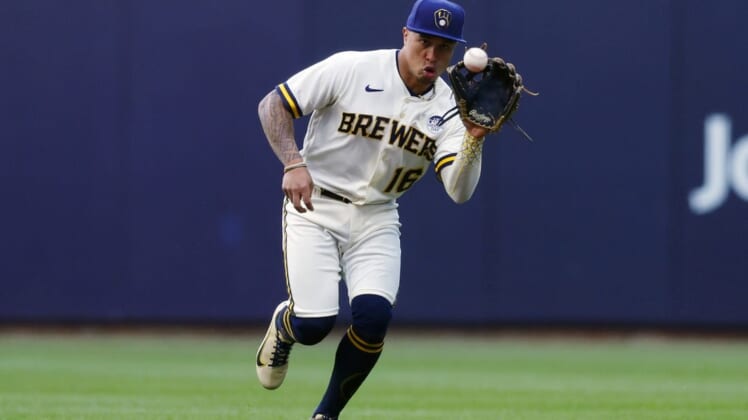 The Milwaukee Brewers placed second baseman Kolten Wong on the 10-day injured list with a right calf strain prior to Saturday’s game against the Washington Nationals.

The 31-year-old Wong departed Tuesday’s game against the Philadelphia Phillies due to the injury and missed the next three contests prior to the move. He tested the calf in running drills on Friday but it hadn’t progressed enough to avoid a stint on the IL.

Wong is batting .228 with five homers and 17 RBIs in 52 games this season. He is in his second season with the Brewers after spending seven-plus seasons with the St. Louis Cardinals.

Milwaukee recalled utility man Mark Mathias from Triple-A Nashville. The 27-year-old has a .262 average in 18 career games for the Brewers and went 1-for-6 in two 2022 appearances.

Strzelecki, 27, made his major-league debut for Milwaukee on June 2, allowing one run and two hits against the San Diego Padres. He was 3-0 with a 3.72 ERA in 16 relief appearances at Nashville.