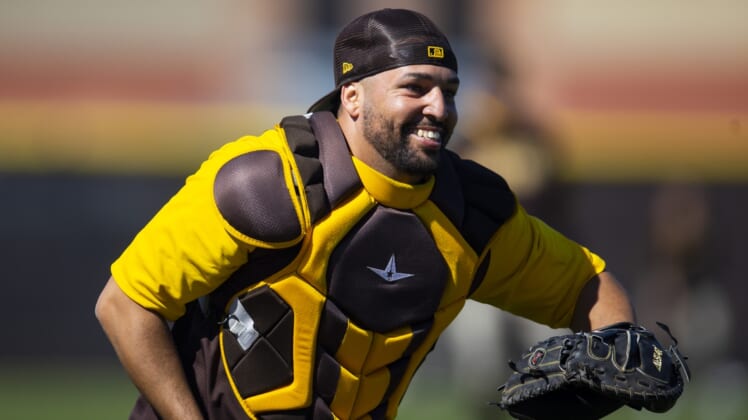 The Milwaukee Brewers acquired catcher Victor Caratini and cash from the San Diego Padres on Wednesday in exchange for two minor leaguers.

Caratini batted .227 with seven homers and 39 RBIs in 116 games for the Padres last season. He will back up Omar Narvaez, who was a National League All-Star last season.

The move comes one day after Brewers catcher Pedro Severino was suspended 80 games by Major League Baseball for violating the league policy on performance-enhancing drugs. MLB said the 28-year-old Severino tested positive for Clomiphene, a medication primarily used to stimulate ovulation in women.

San Diego received outfielder Korry Howell and catcher Brett Sullivan in the deal. Howell, 23, batted .244 with 16 homers and 51 RBIs in 97 games between Class-A and Double-A last season, while the 28-year-old Sullivan played 593 minor-league games in the Tampa Bay Rays organization before signing with the Brewers on Nov. 30.

Caratini, 28, spent his first four big league seasons with the Chicago Cubs before being traded to the Padres prior to last season. He has a .242 career average with 22 homers and 112 RBIs in 362 games.