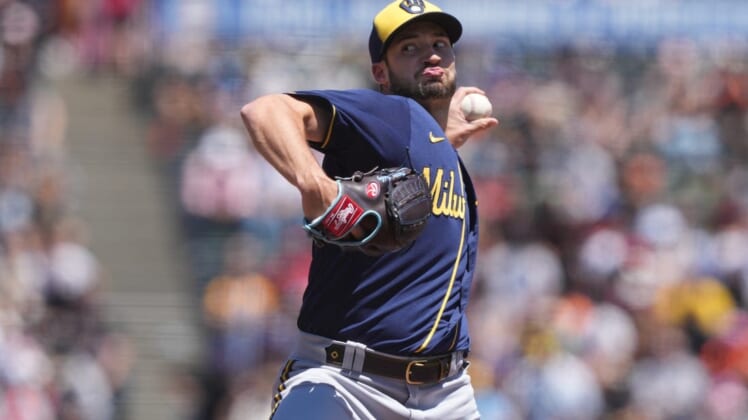 Milwaukee Brewers left-hander Aaron Ashby on Saturday signed a five-year contract through the 2027 season with club options for 2028 and 2029.

Financial terms were not disclosed by the team for either deal.

“We are very happy to reach a multi-year agreement with Aaron,” said David Stearns, Brewers president of baseball operations. “Throughout his time in our organization, Aaron has demonstrated a unique combination of persistence, character and talent. He is establishing himself as one of the premier young pitchers in baseball, and we look forward to watching his continued growth and success.”

The nephew of former major-league pitcher Andy Ashby, the younger player is 5-9 with two saves and a 4.56 ERA in 31 career appearances (16 starts) with the Brewers.

McGee, 35, posted a 1-2 record with three saves and a 7.17 ERA in 24 relief appearances with the San Francisco Giants this season.

He is 32-27 with 79 saves and a 3.64 ERA in 632 relief appearances over 13 seasons with the Tampa Bay Rays, Colorado Rockies, Los Angeles Dodgers and Giants.