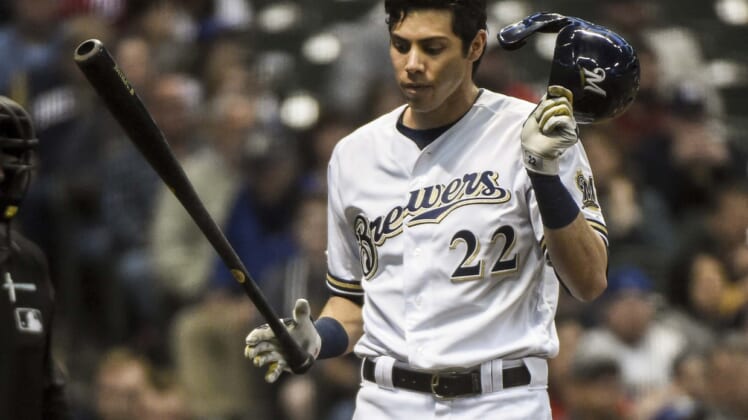 Milwaukee Brewers star outfielder Christian Yelich was having himself another banner season when the reigning NL MVP suffered a brutal knee injury back in September.

It cost Yelich the remainder of the season and the playoffs. There’s now some good news on this front.

According to Bob Nightengale of USA Today Sports, Yelich will begin running this week and is expected to be fully healthy for winter workouts.

This is a clear indication that Yelich will be a full go for Spring Training in February. That has to be music to the ears of the Brewers and their fans.

Yelich, 27, finished the 2019 campaign with a .329 average and 1.100 OPS while hitting a career high 44 homers and driving in 97 runs. He’s a finalist for the NL MVP award, which will be announced on Wednesday.