The Milwaukee Brewers were finishing up their spring training slate Saturday against the Chicago White Sox. With the outcome on the field pretty much immaterial, the only hope here was that both teams would come out relatively healthy.

Unfortunately, a menacing scene took foot at Miller Park in the ninth inning. Brewers catcher Rene Garcia collided with White Sox player Nicky Delmonico at home plate and had to be carted off the field.

According to various reports, Garcia was immediately taken to the hospital. Brewers manager Craig Counsell said after the game that there were concerns about the catcher’s neck and head area as well as his knee.

Rene Garcia was transported to Froederdt Hospital, Craig Counsell said. They are concerned about his head/neck and his left knee.

The scene was about as scary as it gets for a baseball game. 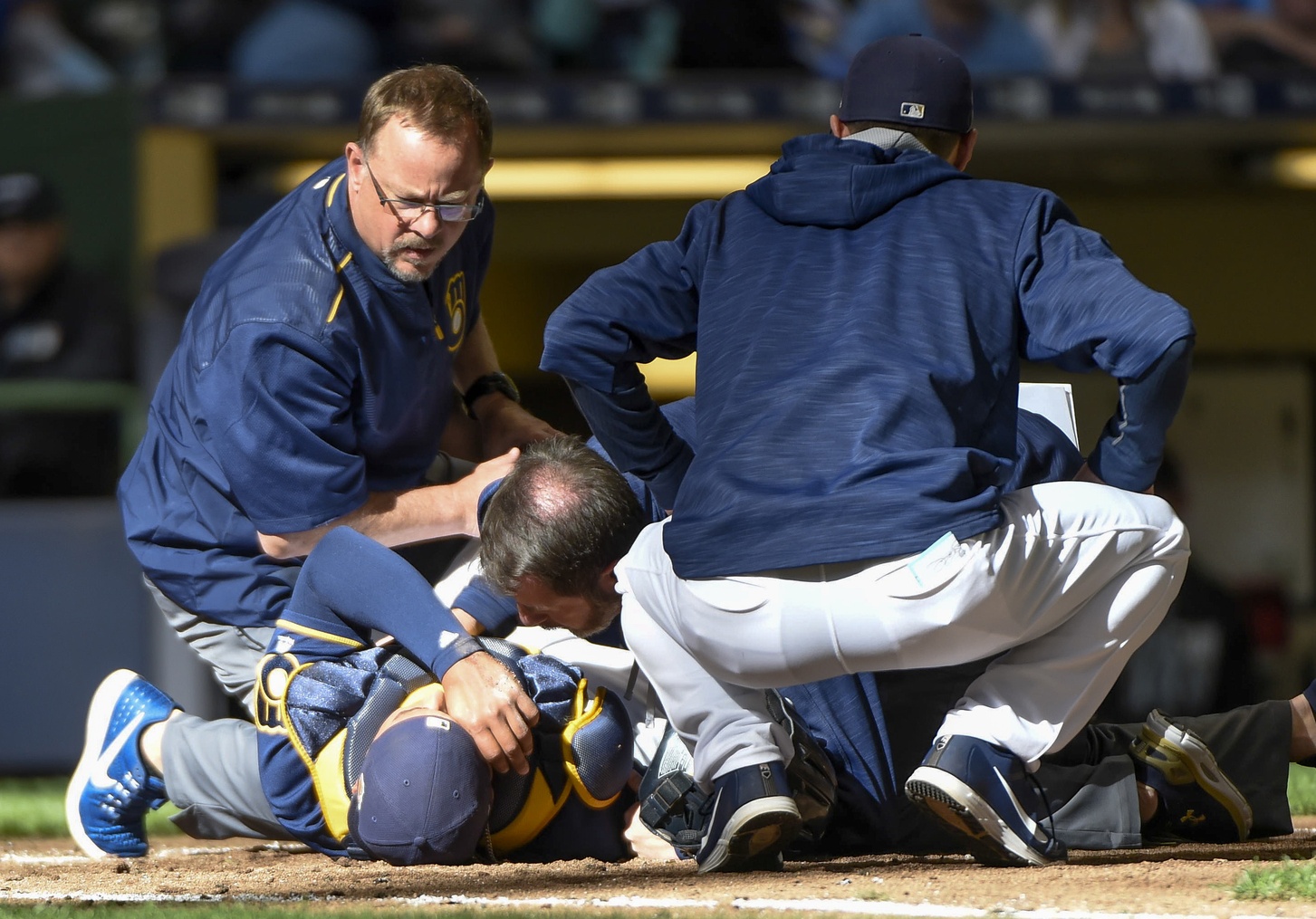 There are no further updates on Garcia’s status at this time.