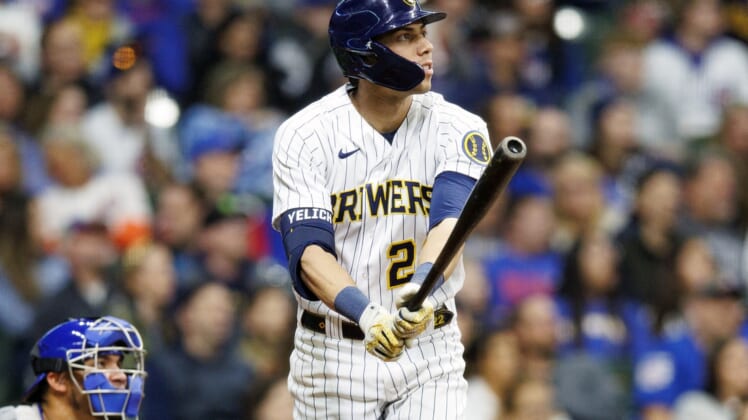 The Brewers never trailed en route to their fourth straight win, with Jace Peterson belting his first homer of the year as part of a three-run second and Andrew McCutchen hitting his second in two days in the third.

The hosts broke the game open when Christian Yelich hit his second homer of the season and Renfroe the first of his two in a three-run fifth to create a 7-0 lead.

Renfroe’s second homer, his fourth of the season, was a two-run shot that made it 9-1 in the seventh, and Willy Adames added another two-run blast, his fifth homer of the season, to cap the game’s scoring in the eighth.

Milwaukee’s six homers were its most in a game since the Brewers smacked seven in a 15-14 win over the Washington Nationals in 2019.

The Peterson, McCutchen and Yelich homers all came off Cubs starter Kyle Hendricks (1-2), who was gone after 4 1/3 innings, pounded for six runs and seven hits. He walked two and struck out two.

Houser (2-2) limited the Cubs to two hits in his six innings. He walked three and struck out six.

Chicago’s lone run came in the seventh on a wild pitch by the Brewers’ third pitcher, Jandel Gustave.

Alfonso Rivas had two of Chicago’s three hits. The Cubs were outhit 13-3.

The Cubs had taken two of three from the Brewers in a season-opening series in Chicago. The Cubs outscored the visitors 18-9 in those games.