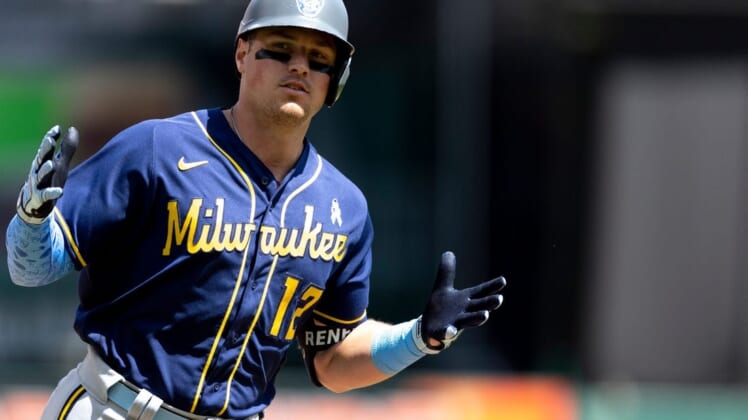 Milwaukee Brewers outfielder Hunter Renfroe was activated from the 10-day injured list prior to Tuesday’s game against the Minnesota Twins.

Renfroe injured his left calf against the St. Louis Cardinals on June 22 and missed the past 16 games.

The 30-year-old Renfroe also missed time earlier this season with a hamstring injury. He has 141 homers and 349 RBIs in 630 games with four teams. His career batting average is .238.

Milwaukee designated right-hander Chi Chi Gonzalez for assignment in a corresponding move. Gonzalez was 0-1 with a 6.35 ERA in four appearances (two starts) with the Brewers.

Gonzalez, 30, was with the Twins earlier this season and compiled a 7.71 ERA in two starts. He was designated for assignment in mid-June and the Brewers claimed him off waivers.