The Atlanta Falcons selected Brett Favre with the 33rd overall pick in the 1991 NFL draft. The organization’s thinking was clear. This strong-armed quarterback from Southern Mississippi might very well be able to take over for Chris Miller as the starter down the road.

This came at a time when New York Jets front office executive Ron Wolf was looking to move up in the draft to land the future Hall of Fame quarterback. Unfortunately for the Jets, they didn’t have a first-round pick to dangle as a carrot after selecting Rob Moore in the supplemental draft the previous summer.

Meanwhile in Green Bay, the Packers entered the 1991 off-season having missed the playoffs in each of the past eight years. A once proud franchise was in the midst of its worst stretch since Gene Ronzani replaced the legendary Curly Lambeau as the team’s head coach in 1950. 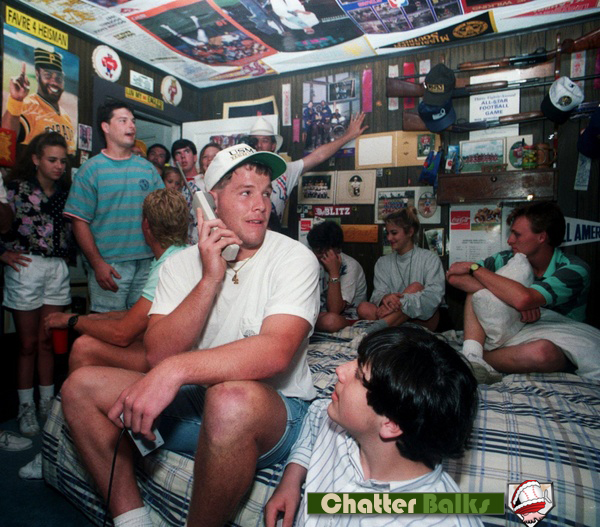 Courtesy of Reddit: This call wasn’t the one that would change the history for two franchises.

Without having completed a single pass as a rookie and after falling out of favor in Atlanta, Favre was shipped to the Green Bay Packers for a first-round pick in February of 1992—less than a year after the Falcons selected him.

For Atlanta, acquiring a first-round pick for a player it had selected in the second round the previous year made some sense. The team was prepared to roll with Chris Miller under center, especially after he put up a Pro Bowl performance for a 10-win Falcons team the previous season. With the star-player appeal of Andre Rison and Deion Sanders, the Falcons seemed destined to challenge the San Francisco 49ers in the NFC West. Adding a second first-round pick in what many considered a stacked 1992 draft class was bound to improve the team’s chances against the powerhouse of the west.

Unfortunately for the Falcons, it didn’t come close to playing out like most had envisioned. Miller would play in a total of 11 games over the next two seasons, posting a 3-8 record, before moving on to the Los Angeles Rams after the 1993 campaign. 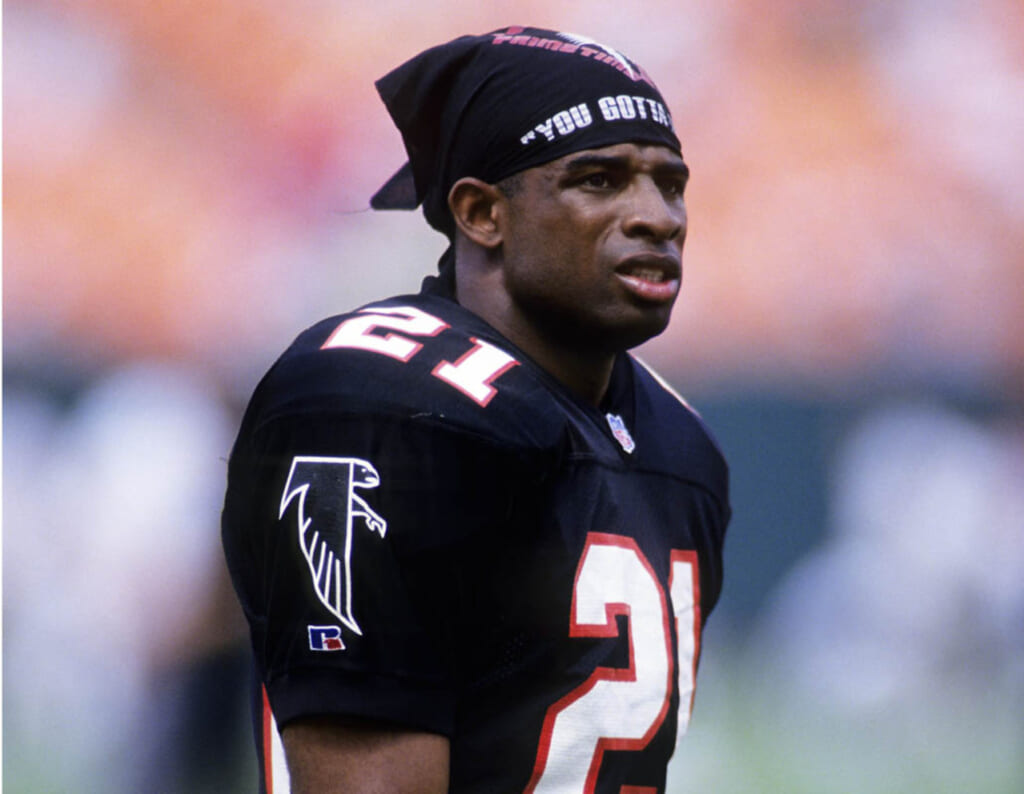 Courtesy of NFL.com: Falcons fans never got to see Favre, Sanders and Andre Rison shine together.

From the time of the Favre trade up until the Dirty Bird era of 1998, the Falcons tallied a combined record 38-58 record, making the playoffs just once in that six-year span. Deion Sanders eventually went on to win a Super Bowl with San Francisco in 1994 before moving on to Dallas and repeating the following season. Andre Rison departed to the Cleveland Browns following an ugly contract dispute during the 1994 campaign.

Meanwhile, the pick Atlanta acquired from Green Bay in the now infamous Brett Favre deal never panned out. Selected 19th overall from the very same Southern Miss program Favre himself starred for, running back Tony Smith played a total of three seasons in the NFL before bombing out. After putting up 87 rush attempts during his rookie campaign in 1992, Smith did not attempt a single run in his final two seasons with the team

A number of horrible player personnel decisions saw the Falcons fall to the bottom of the barrel in the NFC West, joining the New Orleans Saints in a battle for last place.

The Packers’ story is one that makes Atlanta’s seem like something out of a bad 1980s science-fiction flick. Just a few games into the 1992 season, Favre took over for an injured Don Majkowski and never looked back. In his 13 starts that year, the future Hall of Famer led the Packers to an 8-5 record.

After consecutive nine-win seasons, both of which ended in Green Bay losing in the wild card round, the team then became serious conference title contenders. From 1995-1998, the Packers tallied a combined record of 50-16, earning two trips to the Super Bowl and winning the title in January of 1997. During the 1995 season, Favre himself broke the Packers single-season franchise records with 4,413 passing yards and 38 touchdowns—records that would stand until Aaron Rodgers eventually took over for Favre in what was a seamless transition following the 2007 season.

From 1992-2007, Favre threw 442 touchdowns and led the Packers to a whopping 160 wins. During that same span, Falcons quarterbacks combined for 236 touchdown passes and just 112 wins with the likes of Billy Joe Tolliver, Bobby Hebert and Tony Graziani actually starting multiple games for the team.

Courtesy of CBS Sports: Outside of one Cinderella Super Bowl appearance, Falcons fans haven’t had much to cheer for.

There are trades that define where a franchise is heading into the future. And then there are trades that can single-handedly make or break a franchise. Call it luck or give Ron Wolf credit for seeing something in Favre that the Falcons missed. It doesn’t really matter. The history of the National Football League changed with one phone call—a phone call that resulted in one of the most lopsided trades in the history of the league.

And now 23 years after the fact, the Packers are honoring a man that could have ended up being a savior for a Falcons franchise that has been mired in mediocrity ever since that fateful February day back in 1992.