The Arizona Diamondbacks are set to hire Brent Strom as their new pitching coach, according to multiple reports on Friday.

The 73-year-old Strom just completed an eight-season stint with the Houston Astros, who reached three World Series during his tenure.

After the Astros lost to the Atlanta Braves in the recent World Series, Strom said he wouldn’t be back with Houston and needed to take some time off. Retirement also was an option.

Instead, Strom will be looking to improve an Arizona staff that had the second worst ERA (5.11) in the majors last season. The Baltimore Orioles (5.84) had the worst. 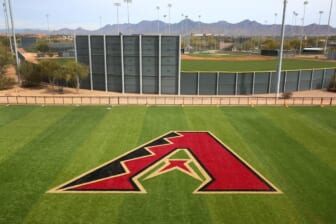 The Astros, who were without ace Justin Verlander all season, ranked seventh at 3.76.