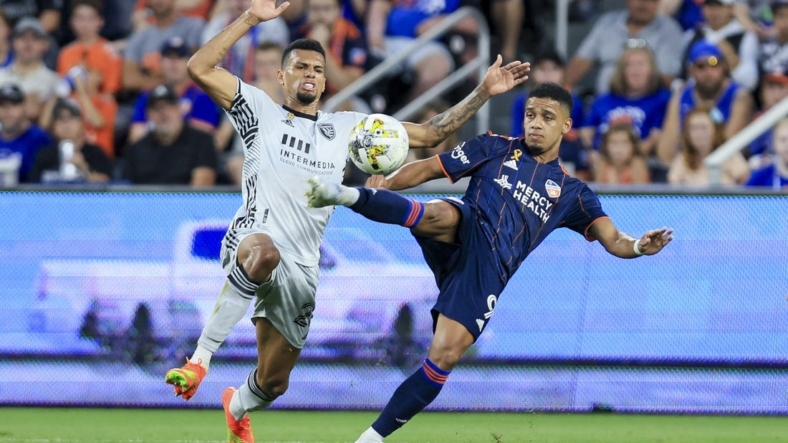 Brenner tallied a hat trick and an assist and Luciano Acosta had two assists and a goal, as FC Cincinnati extended their unbeaten streak to nine games with a 6-0 home victory over the San Jose Earthquakes on Saturday night.

The victory moves Cincinnati (10-8-12, 42 points) up two spots in the Eastern Conference table, tying it for fifth place, helping the club in its goal of making the Major League Soccer playoffs for the first time ever. Meanwhile, San Jose (7-13-9, 30 points) remains at the bottom of the Western Conference.

It’s the first time this season that Cincinnati has scored six goals, and the win marks the club’s widest margin of victory since it joined MLS ahead of the 2019 season.

Acosta’s first bit of playmaking came just before halftime. After receiving a short, soft feed in the box from Brandon Vazquez, Acosta instead opted to make an extra pass instead of trying an attempt on goal. He sliced the ball back across the box, where Alvaro Barreal had time to settle the ball before blasting it into the net. It was Barreal’s fifth goal of the year.

Then, just after halftime, Acosta displayed his offensive skills on a set piece.

On a long free kick, the midfielder fired the ball into the box where it was met by Vazquez’s head and redirected to the left foot of Brenner, the Brazilian winger, who easily put the ball past the San Jose keeper for his 10th goal of the season.

Brenner then scored his 11th goal of the season in the 90th minute, and his 12th goal on a penalty kick in second-half stoppage time.

Acosta now has 18 assists on the season, which leads all of MLS. The Argentine midfielder scored his eighth goal of the season in the 71st minute on a penalty kick.

Brenner showed his passing skills in the 77th minute, setting up Yuya Kubo for a score.

San Jose is now winless in five of its last seven matches.