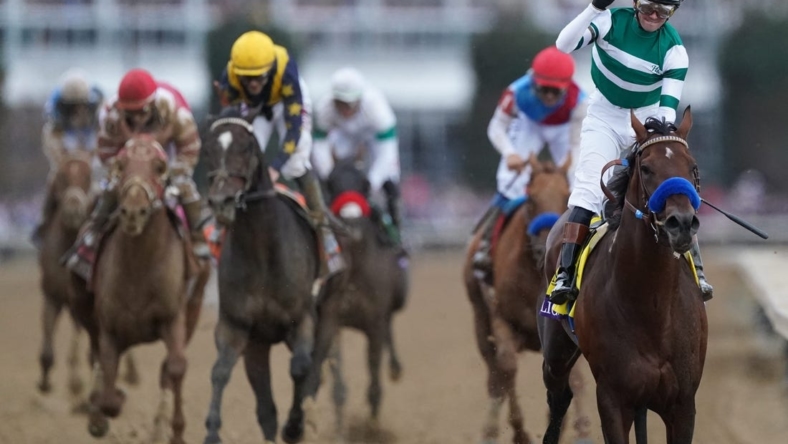 Flightline, who ran away with the $6 million Breeders’ Cup Classic on Saturday, has been retired.

The 4-year-old horse will take up residence at Lane’s End in Kentucky, the stud farm announced Sunday morning. He will enter stud next year at a fee yet to be announced.

“We would like to thank trainer John Sadler and his team for the incredible work they did with Flightline,” Lane’s End’s Bill Farish said in a news release. “His historic performances are a credit to their expertise and unwavering efforts to bring out the very best in the horse.”

“He’s got to be up there with the best of all time,” Farish said Sunday morning, per BloodHorse. “To have the pedigree and looks he has on top of it is amazing.”