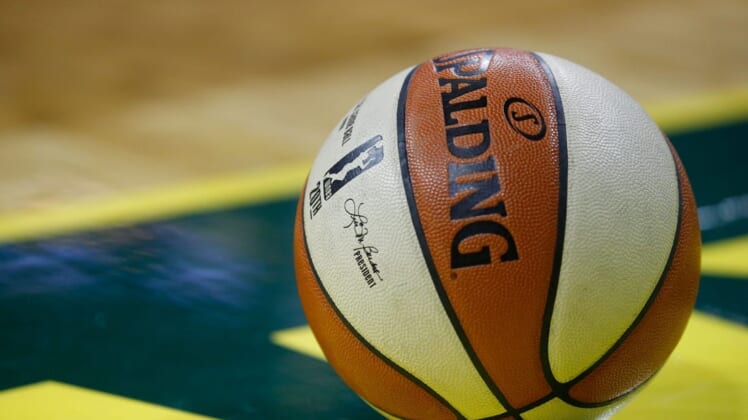 Breanna Stewart made a pair of 3-pointers down the stretch in a 13-2 run that powered the host Seattle Storm past the Las Vegas Aces 88-78 on Wednesday.

Stewart, the league’s top scorer on the season, finished with 14 points — eight below her season average. However, she delivered six of them at a most opportune time, knocking down treys on consecutive possessions late in the Storm’s decisive run.

Seattle’s Jewell Loyd led all scorers with 24 points and shot 4-for-6 from 3-point range, leading the Storm to a blistering 14-for-29 performance from long range. Sue Bird went 3-for-7 from deep en route to 13 points.

Stephanie Talbot finished with 15 points off the Seattle bench on 6-of-9 shooting, including 3-of-5 success from behind the arc.

Former league Most Valuable Player and eight-time All-Star Tina Charles made her debut with the Storm on Wednesday, coming off the bench to produce four points and five rebounds in 16 minutes. Charles was released from her contract with the Phoenix Mercury on Saturday.

A’ja Wilson led the Aces with 17 points and matched a season high with 16 rebounds. Wilson had a double-double by halftime with 11 points and 11 rebounds.

Seattle (12-7) built a lead of as many as 11 points in the second half. The Storm opened the third quarter on a 14-0 run, holding Las Vegas scoreless until Jackie Young’s 3-pointer 4:47 into the period.

The drought-ending basket ignited a 13-2 Aces run that quickly erased the double-digit-point deficit. Seattle pulled back ahead by two points to open the fourth quarter.

Las Vegas (14-5) again answered with eight straight points to take the lead before Seattle’s final push. Riquna Williams contributed to every score on the 8-0 run with all five of her points off the bench and an assist to Plum on a 3-pointer.