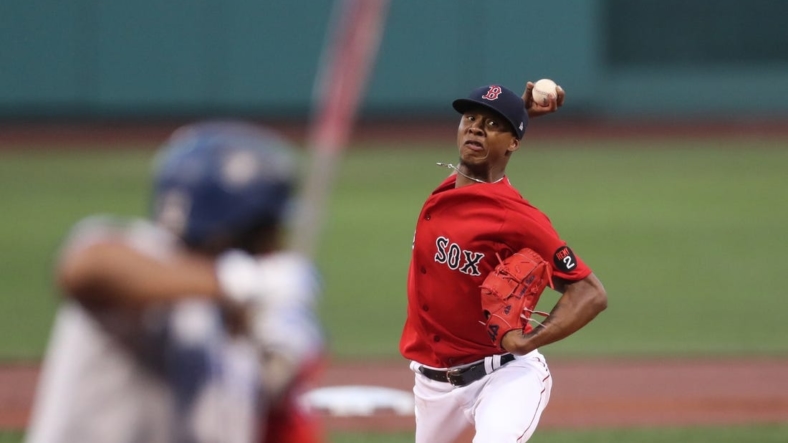 Boston Red Sox rookie right-hander Brayan Bello will be aiming for his first major league victory when he takes the mound against the Minnesota Twins in the opener of a three-game series on Monday in Minneapolis.

Bello, the third-ranked prospect in the Red Sox organization according to MLB Pipeline, did enough to earn a victory in his last outing, but the offense failed to back him up.

Bello (0-3, 7.36 ERA) allowed two runs and six hits in five innings on Wednesday against the visiting Toronto Blue Jays, but the 23-year-old from the Dominican Republic left with the score tied 2-2 and the Red Sox eventually lost 3-2 in 10 innings.

The performance earned Bello another start with Boston, however.

“He was excellent,” Red Sox manager Alex Cora said. “That was good stuff.”

Bello got the attention of the coaching staff in his prior appearance on Aug. 3 too, coming out of the bullpen in the fourth inning against the Houston Astros and striking out the first two batters he faced.

He then gave up a double and a single before departing with a left groin strain, which sidelined him for three weeks.

He continued to pay attention to his surroundings, though.

“I learned a lot from the veteran players here,” Bello said. “They taught me how to prepare to face a team and how to prepare and have a good routine in between starts, so that’s been a huge help for me.”

One of his best sources for information has been veteran right-hander Nathan Eovaldi, whose back injury has opened the door for Bello to get some starts.

“I think the progress I’ve had since my last start right now has to do a lot with (Eovaldi),” Bello said. “He’s been a huge help for me and he’s always been there to help me and I really appreciate it.”

Cora said Bello is learning how to keep big league hitters guessing and that showed with his success against the Blue Jays.

“You can’t just stay on one side of the plate; you’ve got to mix it up,” Cora said. “From pitch one (against Toronto), that was electric. Weak contact, swing-and-misses, four-seamers up, changeup. He was really good.”

The Red Sox were trying for a three-game sweep of the visiting Tampa Bay Rays on Sunday but lost 12-4.

The Twins did complete a three-game sweep on Sunday, knocking off the visiting San Francisco Giants 8-3.

The Twins plan to start veteran right-hander Dylan Bundy in the series opener against Boston.

He took his only loss this month in his last outing, but only gave up two runs and three hits in five innings of a 5-3 loss at the Astros.

“I didn’t have much on the heater,” Bundy said of his velocity against Houston. “The curveball felt good, the split felt good, and I just tried to work with those two and randomly sneak a heater in there if I could. I got outs. … You’ve just got to work with what you got any given day.”

Bundy made his second start of the season against the Red Sox on April 18 and earned the win in an 8-3 victory in Boston. He allowed one run and five hits in 5 1/3 innings.