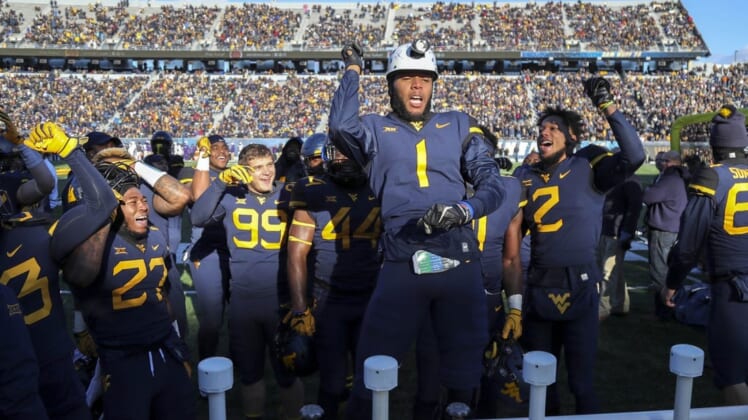 West Virginia and No. 17 Pittsburgh kick off the 2022 season by renewing the Backyard Brawl series on Thursday.

“It’s been a great carrot for our guys as we’ve gone through winter, through spring ball, now through summer workouts to know that,” said West Virginia coach Neal Brown, whose Mountaineers have won three consecutive meetings with Pitt. “Man, we’ve got not only a game to look forward to but it’s a rivalry game that’s going to be in prime time. We’re not playing on so-called Week 0, but we are the premier Power Five game versus a Power Five opponent on Thursday night, and our guys are excited.”

The rivalry renewal is also a potential reunion for a pair of former USC Trojans quarterbacks.

Brown enters a pivotal season with the Mountaineers, who are coming off a 6-7 campaign in 2021. Brown is just 17-18 in three seasons in Morgantown, and while the program has made back-to-back bowl games, the Mountaineers are just 11-15 in Big 12 play.

Defense has been WVU’s calling card the last couple of seasons.

But WVU suffered some key personnel losses on that side of the ball and just three projected starters returning. There are depth issues in the secondary, but lineman Dante Stills should help this unit be one of the strongest in the league up front for coordinator Jordan Lesley.

Brown was able to woo JT Daniels through the transfer portal to run new coordinator Graham Harrell’s offense, which features five returning starters up front. Harrell was the play-caller at USC when Daniels was the starting quarterback for the Trojans in 2019.

Pitt won the ACC and went 11-3 last season and the program is doing its best to push players into thinking bigger.

“We would like to win a national championship,” Narduzzi said. “We want to be in the playoffs. We were one game last year away from being in that talk. … If you go to a 12-team playoff, we’re in it. That’s where we want to be.”

But Narduzzi has the difficult chore of replacing star quarterback Kenny Pickett and playmaking wide receiver Jordan Addison. However, former USC signal caller Kedon Slovis — who took over for an injured Daniels at USC in 2019 — has a chance to keep the offense humming under new coordinator Frank Cignetti Jr., who inherited all five starting linemen from last season and a deep backfield.

At any rate, Pitt is ready for a test. Any test.

“I feel like we’ve been in camp forever,” Narduzzi said.

Defensively, the Panthers return seven starters, including Calijah Kancey up front. The unit led the ACC in rush defense and limited teams to below 24 points per game last year, but replacing cornerback Damarri Mathis is a tough task, especially because the pass defense allowed a ton of big plays last season.

ESPN’s “College GameDay” will be on campus for this tilt, marking the crew’s first visit to Pittsburgh since 2005.

This game will mark the 105th edition of the Backyard Brawl, with Pitt owning a 61-40-3 record in the rivalry, though West Virginia won each of the last three matchups between the two programs from 2009-11, when both were members of the Big East.