Braves turn to Spencer Strider in rubber match vs. Rockies 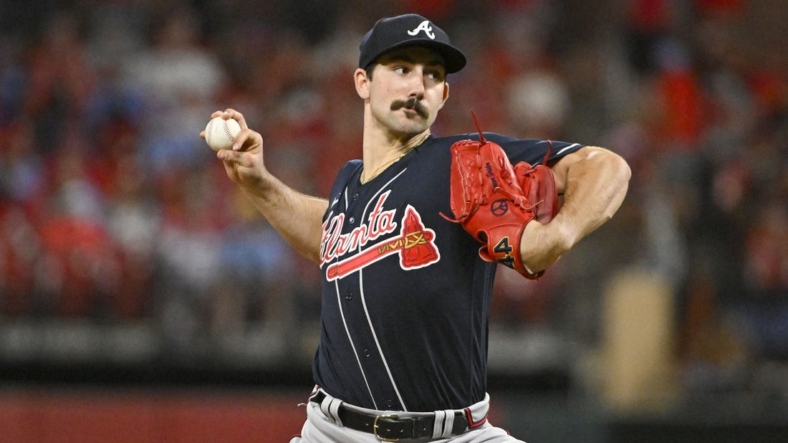 The Atlanta Braves will try to keep pace in the National League East race by taking the rubber game of a three-game series with the visiting Colorado Rockies on Thursday.

The Rockies won the first game 3-2 on Tuesday before the Braves came back to take the second game by the same score on Wednesday, ending a three-game losing streak. The Braves trail the New York Mets by three games in the division race.

Kuhl will be making his second start since returning from the injured list after recovering from a right hip flexor strain. In his return against the Mets on Friday, he allowed three runs in five innings during a no-decision.

The Rockies had considered moving Kuhl to the bullpen before his injury.

“There’s give and take,” Kuhl said. “You never want to admit that you need a break or that you are hurt. You really just want to work through it. Thankful for my health and ready to move forward.”

In his last start prior to going on the IL, Kuhl allowed nine runs in five innings during a loss to the San Diego Padres. He posted a 3.17 ERA through his first 10 starts, but he has a 7.17 ERA over his past 11 outings.

“It’s nice to look at everything and look at the numbers and the video and kind of see what was matching up in my head and matching up on the field,” Kuhl said of his time on the IL. “It was nice to just take a step back and look at it objectively and put a finger on what was really going on.”

Kuhl faced the Braves on June 3 in Denver and fired six scoreless innings in a no-decision. In three career starts against the Braves, he is 1-0 with a 1.59 ERA. He will be pitching in Atlanta for the first time.

Strider continues to be a solid No. 5 starter for the Braves. The 23-year-old rookie will be making his 17th start since beginning the season in the bullpen.

The hard-throwing right-hander has fanned 158 and walked 38 in 106 2/3 innings. In his latest start, on Friday at St. Louis, Strider pitched six innings and allowed one run on six hits and one walk with seven strikeouts. The Braves wound up beating the Cardinals 11-4.

“To get six innings and limit them to one run is good,” Strider said. “That put us in position to win, and that’s all I’m trying to do.”

Strider has made one career start against the Rockies, when he gave up one run in four innings on June 4 in his second start of the season.

The Rockies are pleased with the debut of Michael Toglia, the team’s first-round pick in 2019 out of UCLA. The first baseman/right fielder went 0-for-4 in his first game on Tuesday, but he was in the lineup on Wednesday and produced a pair of hits, including a long two-run homer against veteran closer Kenley Jansen.

The Braves got Ronald Acuna Jr. back in the lineup on Wednesday. He missed the previous three games due to right knee soreness but felt well enough to serve as designated hitter, and he responded with his 11th home run.