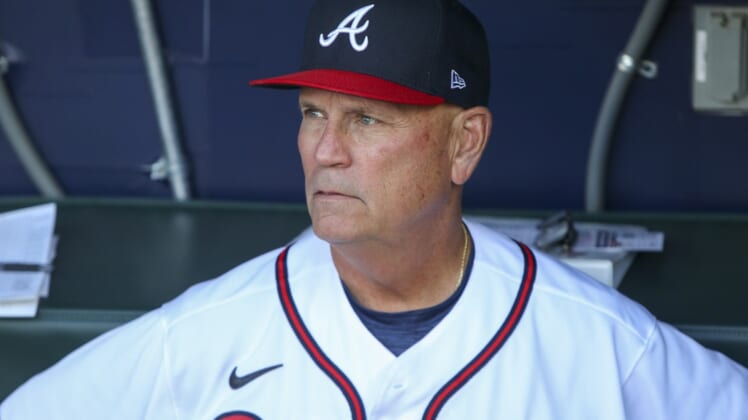 Adam Duvall had a two-run double in a seven-run sixth inning Wednesday afternoon as the visiting Atlanta Braves earned a 9-2 victory over the New York Mets and a split of a four-game series between the National League East rivals.

The Mets failed to win a series for the first time in eight tries this season.

The teams combined to get just one runner beyond second base in the first five innings before the Braves unloaded against Tylor Megill (4-1), Adam Ottavino and Trevor Williams in the sixth. Consecutive one-out singles by Austin Riley, Marcell Ozuna and Ozzie Albies chased Megill before Travis d’Arnaud drew an RBI walk.

Duvall, whose single in the fifth inning was the Braves’ first hit against Megill, followed with a two-run double and d’Arnaud scored on a wild pitch against Ottavino, who didn’t record an out. Dansby Swanson and Ronald Acuna Jr. added RBI singles and Guillermo Heredia scored on a groundout by Matt Olson against Williams.

Heredia, a late addition to the lineup in place of Travis Demeritte, who cited exhaustion, added a two-run homer in the eighth. Swanson finished with two hits.

The Mets generated plenty of traffic against Ian Anderson in the first five innings but went just 1-for-10 with runners on base against the right-hander. New York ended Anderson’s shutout bid and his afternoon in the sixth, when Pete Alonso doubled with one out and scored on Eduardo Escobar’s double.

Luis Guillorme hit a solo homer off Darren O’Day in the ninth.

Anderson (3-1) allowed five hits over 5 1/3 innings and walked four with one strikeout.

Megill, who threw the first five innings of the Mets’ five-pitcher no-hitter against the Philadelphia Phillies on Friday, allowed three runs and four hits with two walks and nine strikeouts in 5 1/3 innings.

Starling Marte had two hits for the Mets and Brandon Nimmo reached base three times – via a single and two walks.