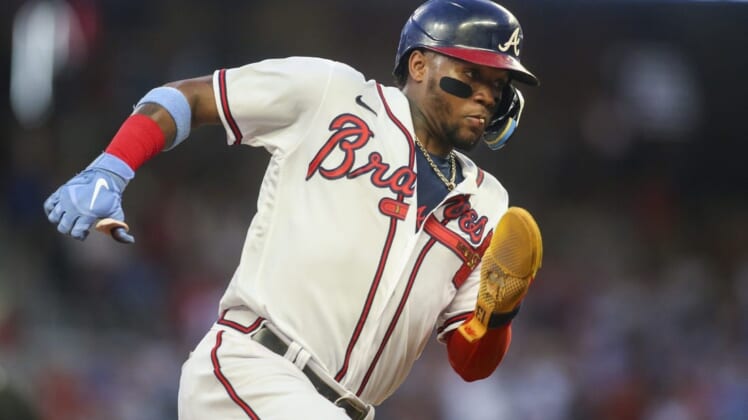 Rookie Spencer Strider set a career high with 13 strikeouts and the Atlanta bats erupted for six runs in the fifth inning to spark the Braves to a 13-1 win over the visiting Philadelphia Phillies on Tuesday.

Strider (6-3) pitched 6 2/3 innings and allowed one run on three hits and one walk. It was his fourth double-digit strikeout game of the season.

Strider improved to 3-0 and lowered his ERA to 1.23 against the Phillies this season.

The Atlanta offense produced 14 hits, three each from Dansby Swanson, Marcell Ozuna and Eddie Rosario. Rosario, on his commemorative bobblehead game, also drove in five runs. Ozuna had a double and his 19th home run.

Atlanta has won four straight and improved to 6-5 against Philadelphia.

The Phillies scored a run in the second inning when Darick Hall doubled off the glove of first baseman Matt Olson. The ball rolled down the line and Nick Castellanos was able to score while second baseman Orlando Arcia retrieved the ball.

The Braves took a 2-1 lead in the third inning. With the bases loaded, Rosario lined a single that went off the glove of first baseman Rhys Hoskins. The ball bounced away from second baseman Bryson Stott and allowed two runs to score.

Atlanta added a run in the fourth off when Ozuna led off with a double and scored on a two-out single from Ronald Acuna Jr.

The Braves put it away by sending 11 batters to the plate and coring six times in the sixth. Rosario doubled in a run and scored on a wild pitch. Ozuna added an RBI single and Arcia followed with a two-run homer, his sixth. Swanson, who had two hits in the inning, finishing the rally with an RBI single.