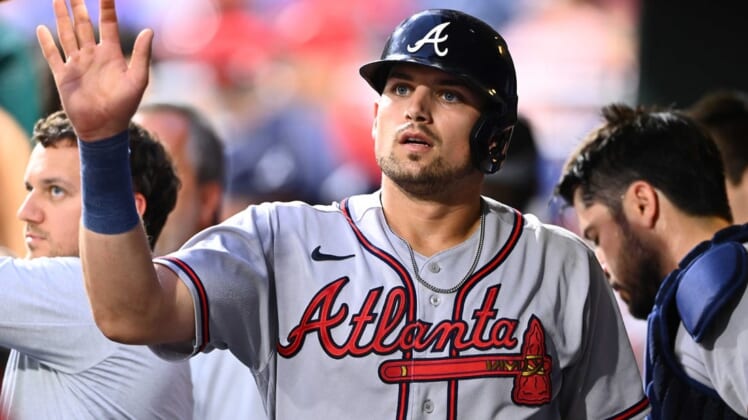 With less than 24 hours left before the MLB trade deadline, the Atlanta Braves raised eyebrows not by whom they chose to ship out, but whom they decided to keep for many years to come.

In releasing terms of the deal, the Braves said Riley is set to earn $15 million in 2023, $21 million in 2024 and $22 million per season over the rest of the agreement. In addition to giving up his final three years on arbitration rights, Riley also agreed to a $20 million club option for the 2033 season.

Riley, 25, is enjoying his second consecutive dominant season — this season even more impressive than his 2021 campaign, when he hit .303 with 33 home runs, 33 doubles and 107 RBIs while finishing seventh in the National League Most Valuable Player race.

Through the season’s first four months, Riley leads the NL in slugging percentage, total bases (239) and extra-base hits (61) while ranking in the league’s top 10 in several other categories — including batting average, hits (119), doubles (31), home runs, RBIs and OPS (.964). He is second in the NL in both home runs and OPS.

Riley comes off a red-hot July in which he hit .423 with 11 homers and became the first Brave to hit .400 and have at least 10 homers in a month since Chipper Jones did so in July 1999. Riley also finished the month with 26 extra-base hits, breaking Hank Aaron’s franchise record of 25 set in July 1961.

The contract comes less than five months after 2021 NL MVP Freddie Freeman, a former Braves second-round pick who played his first 12 seasons in Atlanta, left the organization via free agency — signing a six-year, $162 million deal with the Los Angeles Dodgers. Freeman later fired his agents who handled his free-agent process after seeming to express regret with how negotiations unfolded with the Braves.