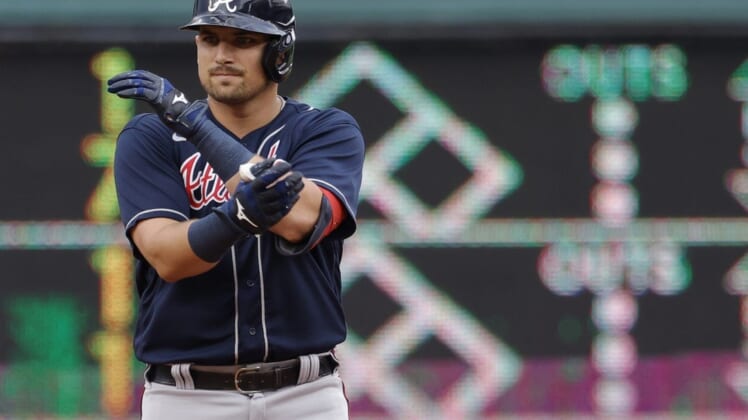 The Braves have won the first three games of the series, with Sunday’s matchup the last game before the All-Star break. Atlanta has claimed seven of its last nine games, with six of those wins coming against the Nationals.

Washington’s losing streak has reached nine games. The Nationals have lost 15 of their last 16 games to mark the worst stretch in team history.

Braves starter Max Fried went seven innings, giving up three runs on seven hits with four strikeouts and no walks. Fried (10-3) bounced back from his loss Monday to the New York Mets with his 15th outing of six or more innings this year.

The game entered a rain delay prior to the bottom of the eighth, lasting 1 hour, 49 minutes.

Olson’s homer was a three-run shot to open the scoring in the third inning for his 17th long ball of the season. He has homered in four of the team’s last five games.

Riley was up next and bashed his 27th homer. That was his sixth blast in eight days.

The Nationals got on the board on Bell’s RBI triple with one out in the fourth and then he scored on Keibert Ruiz’s groundout.

Washington pulled within 4-3 on Bell’s one-out single in the sixth.

Riley and Harris each finished with two hits. Juan Soto had two hits for Washington.