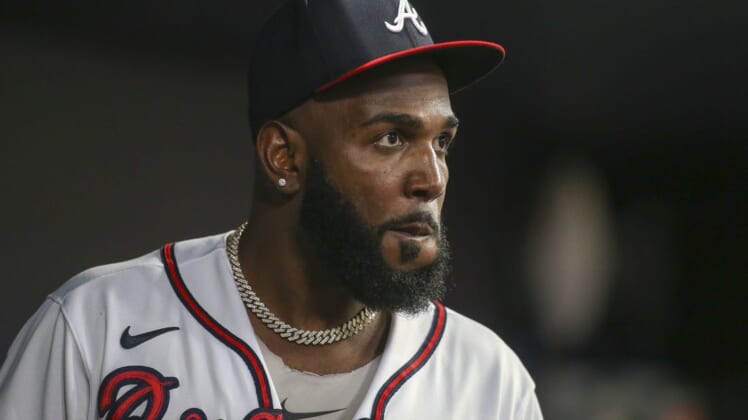 Fresh off a series loss to the Cincinnati Reds, the Pittsburgh Pirates will continue their nine-game homestand as the Atlanta Braves come to town for a three-game series.

Pittsburgh took the first game against the Reds on Friday night, but then surrendered a combined 19 runs on Saturday and Sunday.

It could get uglier for the Pirates, with the defending World Series champions paying them a visit.

The Braves are coming off an emotional series win at home over the American League-leading Houston Astros, whom they beat in the 2021 World Series in six games. Before the series against the Astros, the Mets visited and lost three of four.

“Those are two of the better teams in the game,” Braves manager Brian Snitker said. “The guys have gone about it all week like it’s been a playoff series.”

“It’s been a good homestand,” Braves catcher Travis d’Arnaud said. “We’ve been playing good baseball and most importantly, we’ve been making fun of each other and cracking jokes with each other.”

Atlanta took the first two games over Houston but missed a sweep with a 5-4 loss on Sunday.

The Braves have climbed back to within four games of the Mets in the NL East, and they’re comfortably atop the NL wild-card race, 7 1/2 games up on San Diego.

A big story for the team right now is the status of outfielder Marcell Ozuna, who was arrested on suspicion of DUI on Friday morning.

He started in Sunday’s game, much to some fans’ dislike. However, Snitker stood by his decision.

“He’s on our team right now,” Snitker said. “He’s a member of our team. We’re going to play him as needed.”

Ozuna, who was booed at the plate during Sunday’s loss, is using it as motivation moving forward.

Despite the outside noise, the Braves have won 11 of their last 13 games.

They will go with right-hander Jake Odorizzi (4-5, 4.15 ERA) on Monday night. Odorizzi has made three starts for Atlanta since coming over from Houston on Aug. 1 and is 0-2 with a 5.93 ERA. He was shelled in his last start against the visiting Mets on Wednesday, surrendering five runs on eight hits in five innings.

Odorizzi has made two starts against Pittsburgh in his career and is 1-0 with a 4.50 ERA covering 10 innings. Both of those starts came in 2018.

The Pirates will counter with right-hander Roansy Contreras (3-3, 4.02). Contreras also started Wednesday, throwing six innings and taking the loss against the visiting Boston Red Sox. He allowed four runs on six hits while striking out three and walking four.

Contreras faced the Braves once before, losing in Atlanta on June 10 after giving up four runs — three earned — and eight hits in 4 2/3 innings. He struck out seven and walked one.

Pittsburgh manager Derek Shelton said it was the obvious problem.

“Walks killed us today,” Shelton said. “Hit a guy and he scored. Just giving away free passes, which we can’t do.”