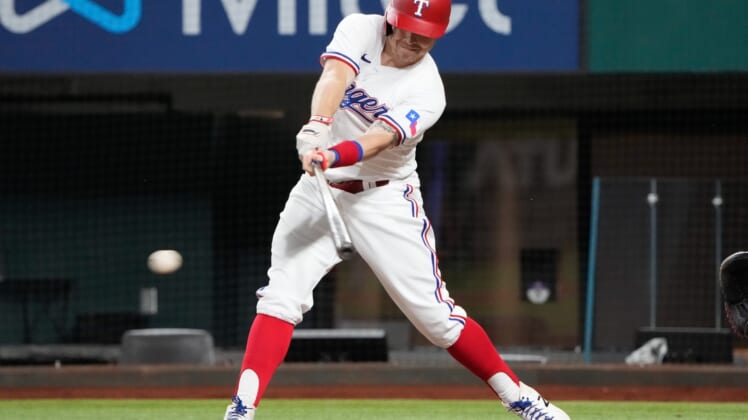 The Atlanta Braves parted ways with infielder Brock Holt on Thursday after the 10-year veteran requested his release.

Holt, 33, wasn’t going to make the Braves’ Opening Day roster as players such as Phil Gosselin and Pat Valaika were ahead of him in the backup infielder competition. Gosselin currently looks most likely to land the open spot.

Holt signed a minor league deal with Atlanta earlier this month and was invited to major league camp.

Holt batted just .209 with two homers and 23 RBIs in 76 games with the Texas Rangers last season.

Atlanta also optioned left-hander Dylan Lee and outfielder Travis Demeritte to Triple-A Gwinnett. Lee made history during the 2021 postseason when he became the first pitcher to make his first start in the World Series.