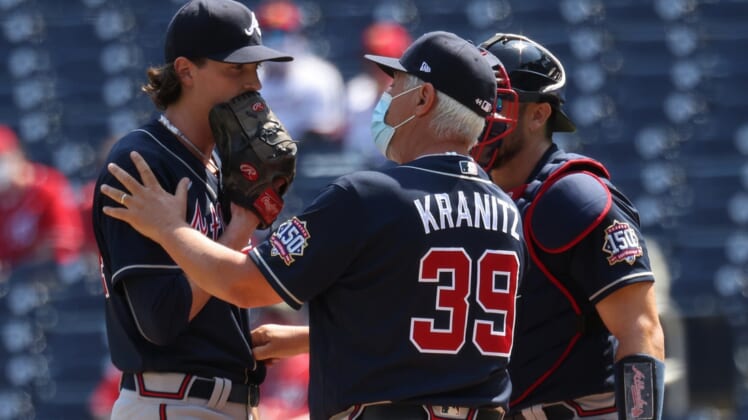 Starting pitcher Max Fried and center fielder Cristian Pache were placed on the 10-day injured list by the Atlanta Braves on Wednesday.

Fried, 27, allowed 14 earned runs in 11 innings through three starts and had the highest ERA (11.45) among the 66 qualified players in the National League as of Wednesday’s transaction.

The left-hander was sent for an MRI exam after pulling up going from second to third not long after he ripped a double in his final at-bat of Tuesday’s game.

In his previous start on April 7, Fried took a comebacker off the calf in the first game of a doubleheader against the Washington Nationals.