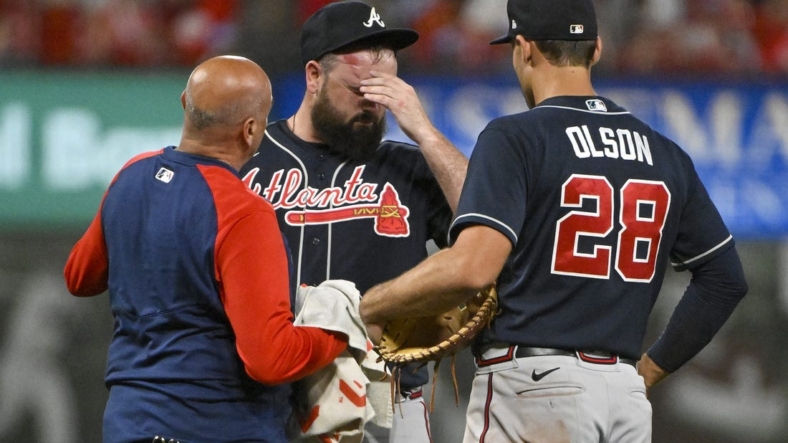 The Atlanta Braves placed reliever Jackson Stephens on the 7-day injured list with a concussion Saturday.

The 28-year-old right-hander was struck in the head by a line drive in the ninth inning on Friday night.

Stephens never went down and was able to walk off the field after St. Louis Cardinals third baseman Brendan Donovan hit a liner off his right temple.

“He’s aware and everything, but he’s going to have to go to the hospital and get some tests,” Braves manager Brian Snitker said after his team’s 11-4 win. “It’s always scary when you see somebody get hit in the head, the face. That’s probably the most sickening thing you can witness in a game.”

Stephens is 2-2 with two saves and a 3.89 ERA in 32 relief appearances this season for the Braves.