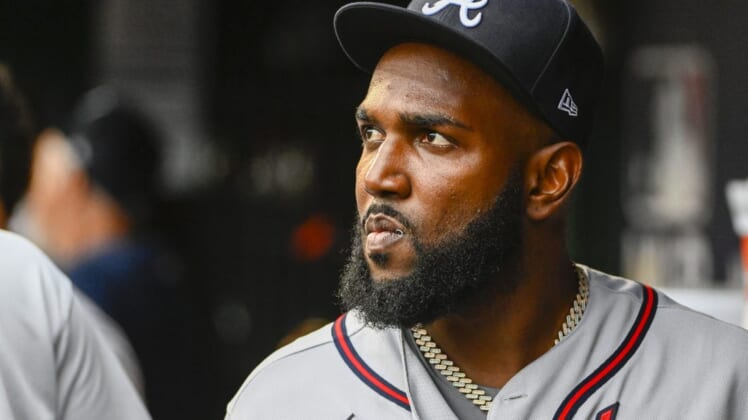 CBS 46 in Atlanta said police in Norcross, Ga., arrested Ozuna on suspicion of driving under the influence and failure to maintain his lane.

Ozuna did not play in the Braves’ 3-2 home win against the New York Mets on Thursday night.

This is Ozuna’s second brush with the law in 15 months. He was arrested on assault and battery charges in May 2021 after police reportedly saw him grab his wife by the neck.

He did not play the rest of the season for the Braves, who went on to win the World Series.

In September, Ozauna agreed to a pretrial resolution that included six months of supervision and a 24-week family violence intervention program.