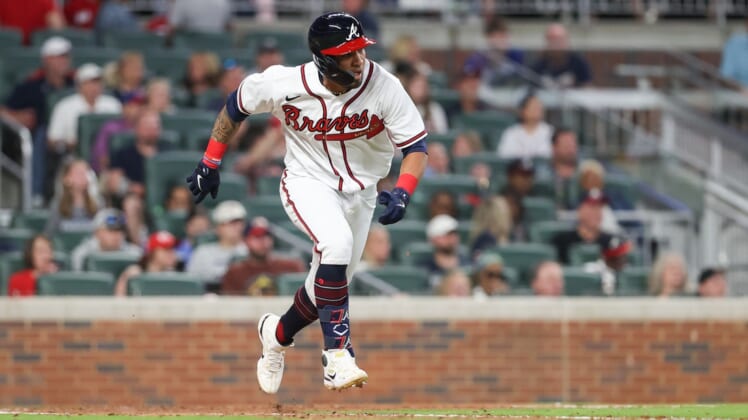 The Braves put him on the 10-day injured list, but MLB.com reported he could miss eight to 12 weeks. On Monday, he visited a retinal specialist, who recommended the surgery.

Rosario, 30, was key to the Braves’ run to the World Series title last season. He was named MVP of the National League Championship Series after hitting .560 (14-for-25) with three home runs and nine RBIs in six games.

In a corresponding move, the Braves called up right-handed pitcher William Woods from Triple-A Gwinnett. Woods has yet to make his major league debut. The 23-year-old is 0-1 with a 7.04 ERA in 7 2/3 innings pitched this season.

Outfield help is expected soon for the Braves.

Ronald Acuna Jr., who is on a Triple-A rehab assignment as he recovers from a torn right anterior cruciate ligament suffered July 10, is on track to return to the Atlanta lineup on May 6.