Braves look to slug their way past woeful Marlins 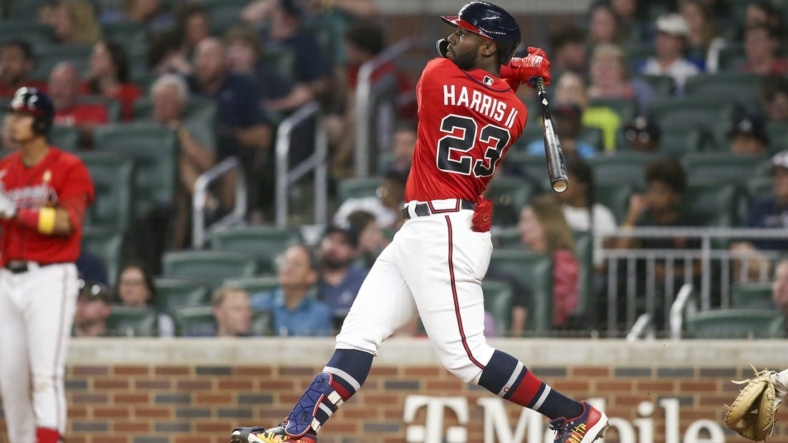 Atlanta Braves right-hander Jake Odorizzi, acquired from the Houston Astros at the trade deadline, will make his sixth start for the Braves on Saturday when they host the Miami Marlins in the second contest of a three-game series.

In seven career starts against the Marlins, Odorizzi is 3-1 with a 3.53 ERA. He has faced the Marlins just once this year, on Aug. 12 in a 4-3 Braves win. In that game, Odrorizzi allowed eight hits, one walk and two runs in four innings, leaving with a no-decision.

Cabrera has only faced Atlanta once, and that happened last year when he allowed two runs in 3 2/3 innings.

He is a much better pitcher this year, however. Cabrera went 0-3 last year with a 5.81 ERA. The Marlins won just one of his seven starts.

This year, the Marlins are 5-3 when Cabrera pitches. He has allowed more than one run only twice this year, including in his most recent start. In that game, he allowed six runs in 5 2/3 innings in an 8-1 loss to the Los Angeles Dodgers on Sunday.

Cabrera hadn’t given up a run in his previous four games.

“I’m learning I can never let my guard down, especially when I’m facing a lineup like the Dodgers,” Cabrera said.

The Braves lineup is just as challenging. In fact, in Friday’s series opener, the Braves slugged five homers in an 8-1 win.

That’s in stark contrast to the Marlins, who rank 27th in runs and slugging percentage and 23rd in homers (116).

That list doesn’t include Ronald Acuna Jr., who hit 41 homers in 2019 and 24 last year in just 82 games. This year, though, Acuna has been dealing with knee pain and has 11 homers.

“It feels terrible,” Acuna said of his injury. “But I’m going to play through it until the season ends.”

The Braves have won three straight games and 18 of their past 23. They enter Saturday’s game three games behind the New York Mets in the National League East but well in front in the wild-card standings.

Meanwhile, Miami, which has lost five straight games and 11 of 14, is 21 games below .500 and way out of playoff contention and limping toward the finish line. Only one player in Friday’s starting lineup for the Marlins owned an OPS above .750 — rookie infielder Charles Leblanc (.811).

And while Leblanc has been impressive, he has only played 24 major-league games.

Beyond that, the Marlins boast some veterans who are strong defensively but are mostly struggling on offense. Catcher Jacob Stallings (.569 OPS) and shortstop Miguel Rojas (.597 OPS) fall into that category.