Braves look to ride momentum into series vs. Marlins 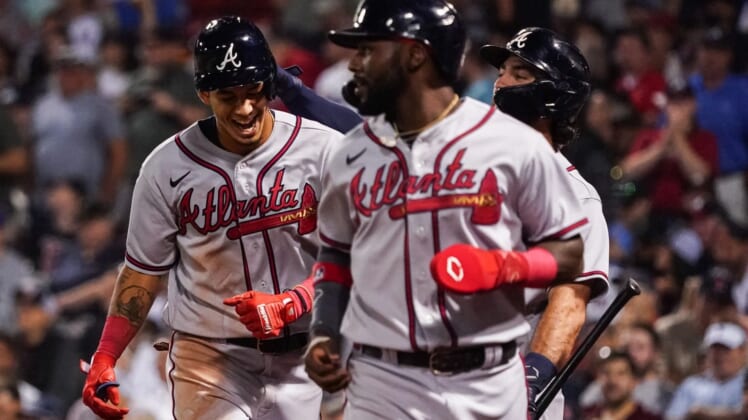 The Atlanta Braves will aim for their third straight win on Friday when they open a four-game series against the host Miami Marlins.

The Braves are just 5-4 against Miami this season. Atlanta had lost five of six before completing an abbreviated two-game sweep of the Boston Red Sox.

“We had a rough weekend,” said Braves manager Brian Snitker, referencing Atlanta dropping four of five games to the New York Mets. “I did not think this was going to be bump-free.”

The Marlins, meanwhile, have had to navigate a lot of obstacles in their 2022 journey.

Miami snapped a two-game skid and ended the Philadelphia Phillies’ seven-game win streak with a 3-0 victory on Thursday afternoon.

It wasn’t easy. Marlins closer Tanner Scott created a bases-loaded, no-out jam in the ninth inning before ending the game.

“Tanner makes it interesting,” Marlins manager Don Mattingly said after Scott posted his first career four-out save. “They are not that many clean ones.”

Atlanta acquired Odorizzi from the Houston Astros before the trade deadline. He suffered the loss in his Braves debut Saturday when he allowed three runs (two earned) in 4 2/3 innings to the New York Mets.

Odorizzi is 3-1 with a 3.41 ERA in six career starts against the Marlins.

Lopez has struggled in his career against the Braves. He is 3-6 with a 5.70 ERA in 12 career starts versus Atlanta.

However, Lopez is significantly better at home in his career, with a 3.16 ERA in Miami versus a 4.83 ERA on the road.

Lopez started this season brilliantly, posting a 3-0 record and a 0.39 ERA in four starts in April. He had a 5.34 ERA in June, 4.65 in July and didn’t start August too well on Saturday. He allowed four runs on nine hits in five innings during a 4-0 loss to the Chicago Cubs.

Obviously, the Marlins want to get Lopez back on track. They are 12-10 when Lopez starts this year, albeit 0-2 in his last two starts.

Lopez will face a Braves team dealing with injuries, with second basemen Ozzie Albies (broken foot) and Orlando Arcia (left hamstring) sidelined. Albies has been out since June.

But Braves rookie second baseman Vaughn Grissom homered and stole a base in his major league debut on Wednesday. At age 21, he is the youngest player in MLB history to belt a homer and steal a base in his debut, according to MLB.com.

Grissom, who was Atlanta’s 11th-round pick in 2019, is a native of Florida, which adds another twist to this weekend’s series.

Atlanta’s farm system has now produced two new starters this season. In addition to Grissom, Braves center fielder Michael Harris II has played brilliantly in 65 games. Harris is hitting .289 with 10 homers, an .809 OPS and 12 steals without getting caught.