Braves look to keep rolling in series finale vs. Phillies 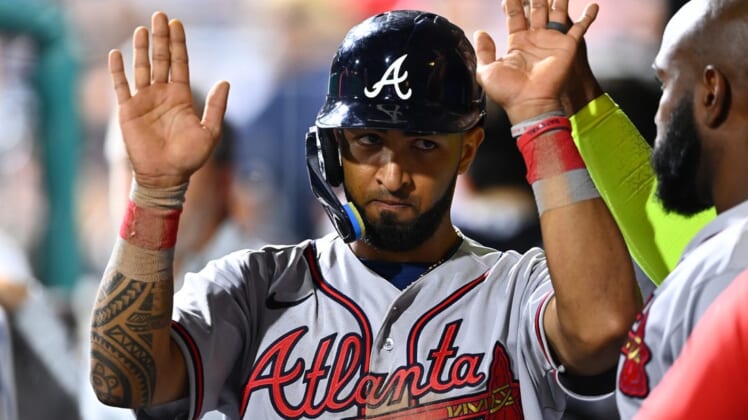 After a deflating loss in the opener of a crucial series, the Atlanta Braves responded with a 6-3 win over the host Philadelphia Phillies on Tuesday.

Now the Braves will look for another series victory in the finale on Wednesday afternoon.

The Braves weren’t fazed by Bryson Stott’s game-deciding, three-run homer on Monday, coming back with home runs by Matt Olson and Michael Harris II on Tuesday. Dansby Swanson had three hits and Austin Riley doubled twice to extend his hitting streak to 18 games.

The result was the 500th career victory for Brian Snitker as the Braves manager.

“We checked a lot of boxes here the last few years,” Snitker said in a postgame interview on Bally Sports South. “Wouldn’t trade it for the world.”

Atlanta, the defending World Series champion, appears to have the potential for another deep postseason run.

“We know that every day is its own day and you have to prepare to win every night,” Swanson said. “That’s what we do. We’re professionals here.”

The 38-year-old veteran has been better at locating his pitches compared to early in the season.

The Phillies have struggled during their six-game homestand, as they were swept by the Chicago Cubs prior to the series with Atlanta.

Despite a late two-run home run by J.T. Realmuto, the offense was rather lifeless on Tuesday. Kyle Schwarber did hit his team-best 31st homer, though, and Alec Bohm had two hits to extend his hitting streak to 11 games.

Bohm has lifted his average to .290, and interim manager Rob Thomson was asked about possibly moving him up to the leadoff spot.

Philadelphia has been without a true No. 1 hitter all season.

Bohm continues to be one of the hottest hitters in the National League.

What has proven to be the difference?

“He’s just barreling the ball up,” Thomson said. “He’s using the field and he’s swinging at strikes, not chasing. He’s been really, really consistent for a while now.”

Gibson scuffled mightily in his last start against the Cubs on Friday, as he allowed six hits and six runs in 4 1/3 innings. He walked three and didn’t record a strikeout.

The Phillies activated Nick Maton from the 10-day injured list on Tuesday and optioned him to Triple-A Lehigh Valley for a rehab assignment. Maton injured his right shoulder while making a diving catch in right-center field on June 3 against the Angels.