Braves’ injury woes could lead to lost season in Atlanta 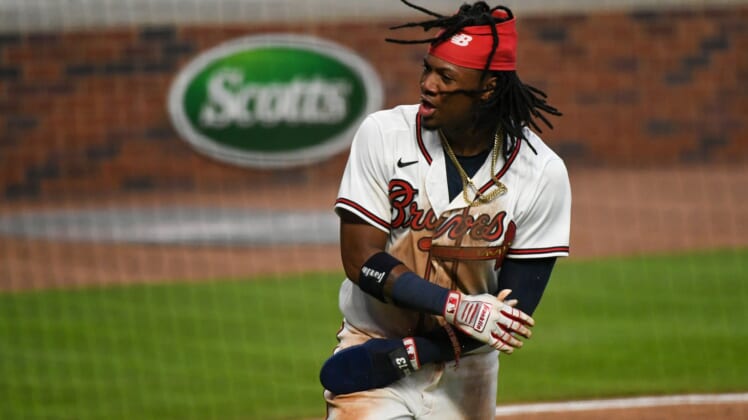 Normally, a player of Ronald Acuna’s ilk being placed on the 10-day injured list with a minor wrist ailment wouldn’t be cause for alarm.

Although, it’s already known that the 2020 Major League Baseball season is anything but normal. During a 60-game schedule, a championship contender like the Atlanta Braves missing their best player for one-sixth of the season is a big deal.

Atlanta placed Acuna Jr. on the injured list Saturday, adding yet another core member of the team to be put on the shelf through the first three weeks of the season.

Back on August 2, ace starter Mike Soroka suffered a torn Achilles attempting to cover first base. This ended the youngster’s season after he finished in the top six of National League Cy Young voting as a rookie.

Soroka is the second big-time member of the Braves’ rotation to deal with injuries this season. Key free-agent signing Cole Hamels remains sidelined and has not appeared in a regular season game with Atlanta since they gave him $18 million back in December.

Could injuries lead to a lost season for the Atlanta Braves?

The three-time defending National League East champions headed into Saturday’s game against the surprising first-place Miami Marlins with a mediocre 11-10 record. Atlanta has lost four consecutive after a strong 11-6 start to the season.

Every game is magnified more in a shortened season. Every injury hurts even more, especially when it comes to star players at every tier. For the Braves, that also includes top-level reliever Chris Martin currently being sidelined to an injury.

The next-man up approach has not proven to be fruitful for Atlanta, either. Touki Toussaint and Kyle Wright have each posted ERAs of over 7.20 in seven combined starts, going 0-4 in the process. Sean Newcomb has posted an 11.20 ERA in four starts. That’s just not going to cut it.

With Acuna sidelined, the Braves’ potent lineup will not be able to make up for this lack of quality starting pitching. Unfortunately for the team, the expectation is that the 2020 MLB trade deadline will also be extremely inactive due to the expanded playoff format.

All of this could lead to a lost season for the Braves months after the team had clear World Series expectations before the opening of the campaign was suspended due to the pandemic.

Whether it’s Atlanta being the victim of circumstance or something else, that’s sadly going to be the case when all is said and done come September