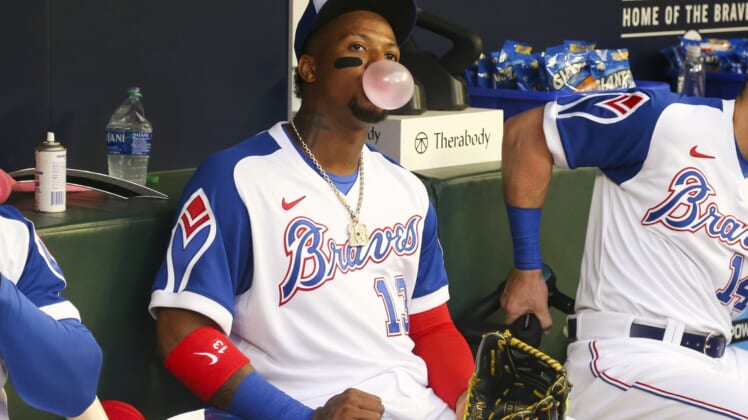 Max Fried pitched seven strong innings and Ronald Acuna Jr. homered for the second straight game to help the Atlanta Braves to a 3-2 win over the visiting Milwaukee Brewers on Saturday.

The win evened the three-game series between the teams and ended Milwaukee’s four-game winning streak.

The game lived up to expectations as a pitching duel, with Fried going head-to-head with Milwaukee’s Corbin Burnes, the reigning National League Cy Young winner.

Fried (4-2) allowed one run on four hits with one walk and eight strikeouts to earn his fourth straight win. The walk was the first allowed by Fried since opening day and only his second of the year.

Atlanta’s Kenley Jansen allowed a run in the ninth inning but earned his eighth save. The game ended when Rowdy Tellez struck out into a double play when Tyrone Taylor was caught stealing.

Acuna put the Braves on the board with a 420-foot homer in the fifth inning. It was his second homer of the season.

The Brewers had runners at second and third with two outs in the sixth inning. Christian Yelich looped a fly ball into left that Travis Demeritte grabbed with a head-first sliding catch to save two runs.

The Braves added to the lead in the sixth. Marcell Ozuna singled and the ball skipped past center fielder Lorenzo Cain, whose error allowed him to reach third. With the infield in, Ozzie Albies hit a liner that caught part of the glove of third baseman Tellez and scooted into left and allowed Ozuna to score.

The Brewers scored in the seventh when Hunter Renfroe led off with a 425-foot solo homer, his sixth, to cut the lead to 2-1.

The Braves got the run back on Travis d’Arnaud’s RBI single in the eighth.

The Brewers had to shuffle the lineup when Andrew McCutchen was flagged with a positive COVID test. He was replaced in left field by Tyrone Taylor.