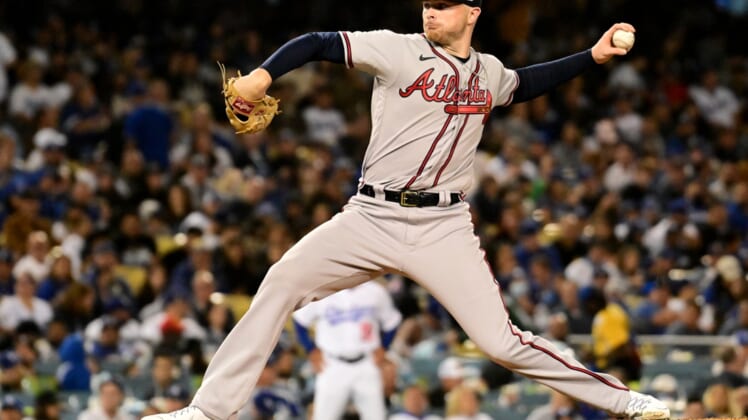 The Atlanta Braves designated left-hander Sean Newcomb for assignment Tuesday and optioned right-hander Huascar Ynoa to Triple-A Gwinnett, one day after the duo pitched in a 7-4 road loss to the Los Angeles Dodgers.

The Braves recalled right-hander Touki Toussaint and left-hander Dylan Lee from Triple-A in advance of Tuesday’s game against the Dodgers.

The Braves also announced that outfielder Ronald Acuna Jr. (ACL surgery) was headed out on a minor league rehab assignment with Gwinnett on Tuesday.

Monday’s game got away from the Braves in the fourth inning. Ynoa gave up an RBI groundout to Cody Bellinger and an RBI single to Edwin Rios as the Dodgers took a 3-0 lead. Newcomb came on to walk former teammate Freddie Freeman and gave up a three-run double to Trea Turner.

Ynoa owns a 13.50 ERA after his first two starts of the season, both losses. Newcomb, in his sixth season with Atlanta, had a 7.20 ERA after three outings.