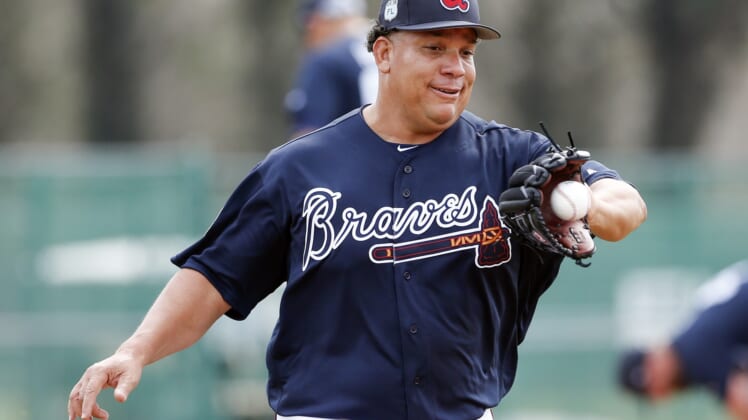 One of baseball’s longest tenured players may be nearing the end of his career. The Atlanta Braves designated 20-year veteran Bartolo Colon for assignment on Thursday.

The #Braves today designated RHP Bartolo Colón for assignment and selected the contract of LHP Rex Brothers from Triple-A @GwinnettBraves.

The news is certainly not surprising. Colon has been ineffective throughout 2017, posting an 8.14 ERA and 1.778 WHIP in his first year with Atlanta. At 44, it’s highly possible that Colon has thrown his last pitch.

His career highlights include being a four-time All-Star (including as recently as 2016) and winning the American League Cy Young in 2005 with the Angels. Additionally, with the 2016 retirement of Maicer Izturis, Colon became the last active MLB player to have played with the Montreal Expos.