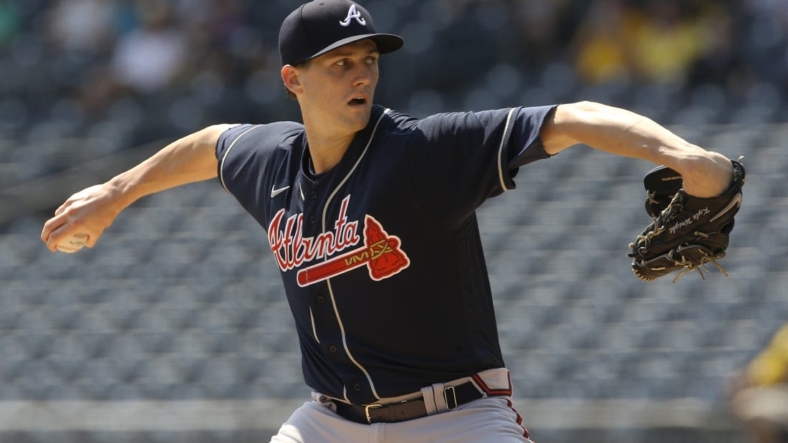 Atlanta right-hander Kyle Wright will try to halt his team’s three-game losing streak and log a major-league-leading 17th win when the Braves host the Colorado Rockies in the second game of a three-game series on Wednesday.

In his latest outing, on Aug. 24 at Pittsburgh, he fired seven shutout innings, allowing two hits and one walk while striking out eight. He left after throwing 73 pitches when the Braves scored seven runs, four of them on a grand slam by Matt Olson that left the stadium and landed in the Allegheny River, in a long seventh inning.

“I’ve never finished a game in the big leagues,” Wright said, “so I would have loved to have gotten that. But runs are cool, too, especially grand slams. It’s bigger than just one game. I want to stay fresh and ultimately it was definitely the right decision to come out and come out feeling good.”

Wright will be making his first career appearance against Colorado.

Feltner will make his 13th start of the season and eighth on the road. He has made it through at least five innings in six of his starts. The right-hander has struggled lately, going 1-3 with a 7.31 ERA and seven home runs allowed over his past seven starts.

In his recent outing, on Thursday against the host New York Mets, Feltner pitched 4 2/3 innings and allowed three runs on six hits with two walks and two strikeouts. The Rockies lost 3-1 to Mets ace Jacob deGrom in that game.

“The efficiency factor I think has to come into play here,” Colorado manager Bud Black said. “Too many big misses. Conversely, if you look at deGrom, his misses are close. Too many big misses from Feltner. We’ll address that. We’ll talk to him about that. He knows that’s part of where he has to grow.”

Feltner has made two career starts against Atlanta, going 0-2 with a 19.06 ERA. The Braves pounded him for six runs on seven hits in three innings on June 5.

Colorado right fielder Randal Grichuck had two hits in the series opener and extended his hitting streak to 10 games. Grichuck is hitting .395 (15-for-38) with six runs during the hot stretch.

“I’m not concerned,” Braves manager Brian Snitker said. “We have the time to rest him, but if he had to play and we were starting the playoffs today, there’d be no hesitation in putting him out there.”

Atlanta second baseman Ozzie Albies, out since June 14 with a fractured left foot, will begin a rehab assignment with Triple-A Gwinnett on Thursday.

The Braves claimed reliever Jesse Chavez off waivers from the Los Angeles Angels on Tuesday. The veteran was 1-1 with a 2.11 ERA in 31 games for Atlanta this year before being traded to the Angels on Aug. 2 as part of the trade that brought in reliever Raisel Iglesias.

Chavez began the season with the Chicago Cubs before Atlanta acquired him in exchange for left-hander Sean Newcomb on April 21.