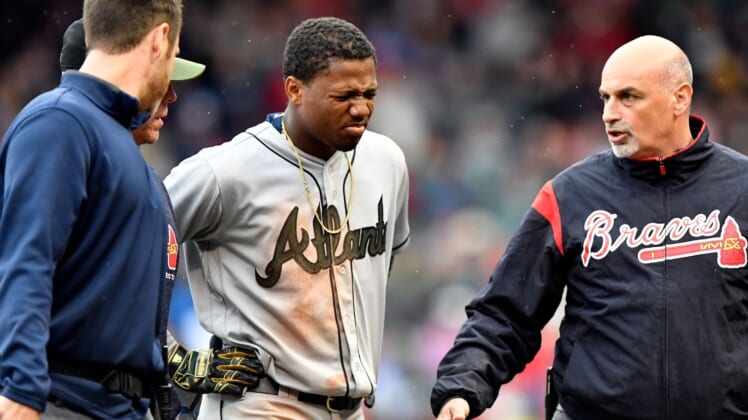 Atlanta Braves superstar Ronald Acuña Jr. has been officially placed on the 10-day DL after an MRI showed a mild ACL sprain and knee contusion on his left knee, along with a lower back contusion.

The injuries occurred during Sunday’s game, when Acuña took an awkward fall, resulting in a brief hospital stay.

Results from Ronald Acuña Jr.’s MRI exam today showed a left knee mild ACL sprain and a left knee contusion. The exam also showed a lower back contusion. He will be placed on the disabled list and re-evaluated at the end of the 10-day period.

This is actually great news, because the injury initially appeared to be one that could have resulted in a much more serious aftermath, such as a torn ACL and potentially other knee ligaments.