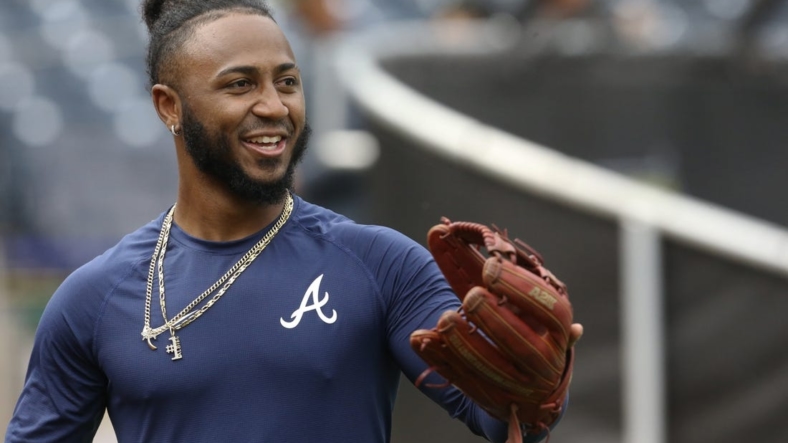 The Atlanta Braves activated second baseman Ozzie Albies from the 60-day injured list ahead of Friday’s series opener against the visiting Philadelphia Phillies.

The two-time All-Star landed on the 60-day IL on June 14 and had surgery the next day to repair his fractured left foot.

Albies, 25 was injured during a June 13 victory over the Washington Nationals when he fell to the ground after a swing. He was unable to run to first base on the ground ball and gingerly walked to the Atlanta dugout before exiting the contest.

Albies is batting .244 with eight homers and 33 RBIs in 62 games this season with the Braves. He hit .333 with one homer and six RBIs in seven games on a rehab assignment at Triple-A Gwinnett.

Adrianza, 33, is batting .125 in five games with Atlanta since being acquired in an Aug. 1 trade with Washington.

Jackson, 34, pitched 1 1/3 innings of relief in two appearances with the Braves, allowing no runs and one hit.