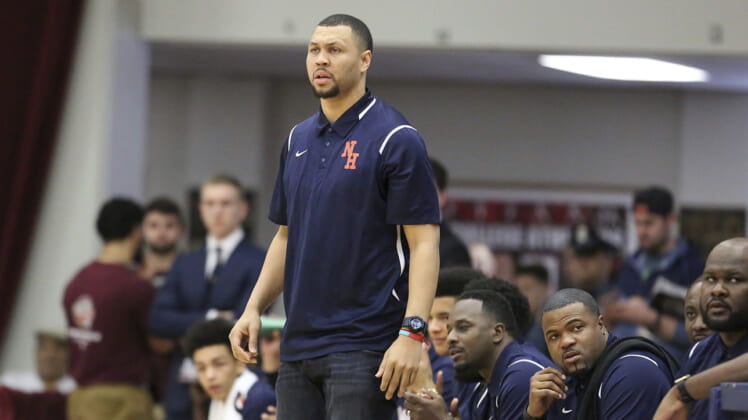 Former NBA and Washington Huskies star shooting guard Brandon Roy has found a new job in a familiar place as the head coach of the boys basketball team at Garfield High School. It’s a reunion for Roy, who played his high school ball at Garfield.

The news was spread through multiple reports in the Seattle region, as noted by Michael-Shawn Dugar of seattlepi.com. Former head coach Ed Haskins, who is now an assistant at Washington State University, tweeted a congratulatory message to his successor.

Roy spent six years in the NBA, with five coming as a member of the Portland Trail Blazers. He was a tremendous scorer until his knees gave out, averaging 18.8 points per game.

Per Dugar, Roy is coming off his first-ever coaching stint, leading Nathan Hale to a undefeated record, which, funny enough, culminated with a state title over Garfield this past season.

The new Garfield coach recently made headlines nationally after shielding children during a shooting in Southern California.