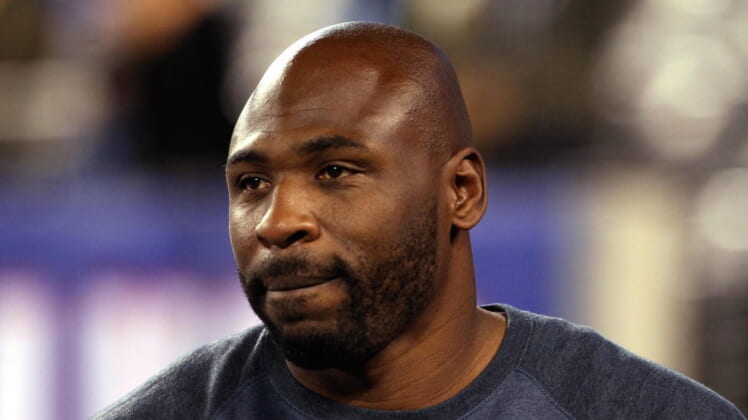 Brandon Jacobs set a lot of people against him recently when he said some pretty mean things about his former head coach, Jim Harbaugh. Among the naughty things Jacobs said was that he’d get Harbaugh fired by the time he was done exposing him for a fraud.

Now he’s saying it all got blown out of proportion.

By calling those who got upset, “Michigan freaks.”

Here’s what Jacobs had to say in an appearance with All Access Football.

Way to diffuse the situation, boss. More like throwing jet fuel on a bonfire.

Though, to be fair, Jacobs sees the entire thing through a non-fandom prism. Essentially, he says he doesn’t like Harbaugh and Harbaugh doesn’t like him.

We get what Jacobs is saying. He had a bad go of it in San Francisco when Harbaugh was coaching. Also known as, he didn’t get to play, and that ticked him off.

That said, saying one of the top coaches in the nation is trash is sure to rile up a fan base. He shouldn’t be surprised his comments were spread like wildfire throughout social media.

And now, everyone’s going to be talking about him calling Michigan fans “freaks.” That’s how this works.