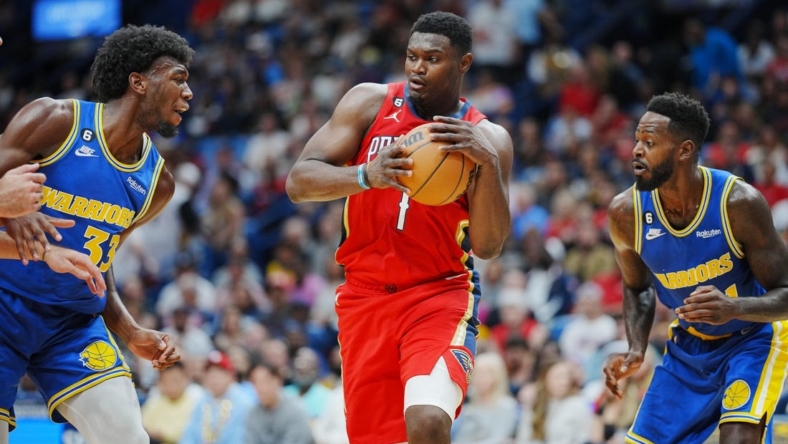 Brandon Ingram returned from a four-game absence due to a concussion to score a game-high 26 points as the host New Orleans Pelicans held off the short-handed Golden State Warriors 114-105 on Friday night.

Jordan Poole scored 20, Jonathan Kuminga and Ty Jerome had 18 each, Anthony Lamb scored 16 and Moses Moody had 14 for the Warriors, who lost their fifth straight game and dropped to 0-6 on the road.

Murphy made back-to-back 3-pointers and Ingram added 10 points, including a buzzer-beating 3-pointer, to give New Orleans an 88-79 lead at the end of the third quarter.

Nance and Williamson answered with consecutive baskets before the Warriors got within 104-101 on Poole’s 3-pointer.

Ingram didn’t show any rust from his layoff, scoring 10 points in the first quarter, but the Warriors made 11 of 12 free throws in the period.

The quarter featured nine lead changes and six ties before it ended with Golden State holding a 27-26 lead.

Williamson had seven points as New Orleans scored the first 12 points of the second quarter to take a 38-27 lead.

Golden State closed within one point three times before McCollum scored five points to trigger an 11-5 closing run that left the Pelicans with a 61-54 halftime lead.

New Orleans scored 35 points in the second quarter, led by McCollum’s 12, and made 14 of 18 field-goal attempts.