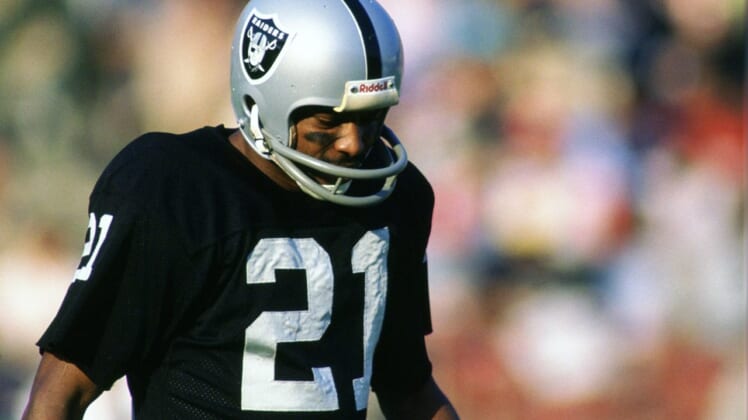 On the heels of legendary Raiders coach Tom Flores not being selected to the Pro Football Hall of Fame, Branch is posthumously insulted in again being passed over for an honor he so richly deserves.

Injustice takes many forms but when it comes to the Pro Football Hall of Fame, Raiders like the late Cliff Branch has become a shining example of how the selection process and the criteria for enshrinement are broken.

With an extended class to commemorate the 100th anniversary of the NFL in 2020, many thought both Branch and Flores would finally earn the place in immortality they so clearly deserve. Instead, Branch’s family (Cliff passed away this past August) is left disappointed and bewildered at his continued omission.

In no way should it take away from others being honored but Branch should be in the Hall and for the life of me I can’t understand why – especially with this expanded class – he didn’t make the cut.

Harold Carmichael Gets in But Not Branch? (Next>>>>)