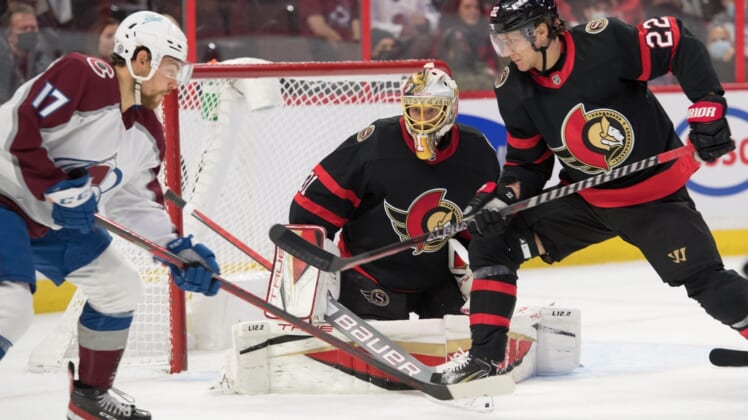 Gabriel Landeskog, Devon Toews and Alex Newhook had a goal and an assist each, Tyson Jost and Darren Helm also scored and Nathan MacKinnon had three assists for the Avalanche.

Jonas Johansson stopped 11 of 15 shots before he was replaced by Justus Annunen in the second period. Annunen had 17 saves in his NHL debut.

The Avalanche played without Cale Makar and Nazem Kadri due to injuries.

Tkachuk won it when he broke in on Annunen and beat him with a wrister. It was his seventh of the season.

Helm gave Colorado a 1-0 lead 1:26 into the game, his third of the season. Ottawa responded with two goals in a span of 29 seconds.

Landeskog’s eighth goal at 8:19 of the first tied it.

Stutzle made it 3-2 just 1:13 into the period when he was awarded a goal despite sliding into the net after being taken down by Jack Johnson. The puck went across the goal line after they crashed into Johansson, and the officials called it a good goal.

Newhook made it 5-3 with his fourth goal at 9:36 of the second and Jost scored 1:52 into the third period, his third of the season.

The Avalanche had a goal overturned by video review at 17:14 of the third but Toews did tie it at 18:40 with Annunen off for an extra skater. It was his fourth of the season.