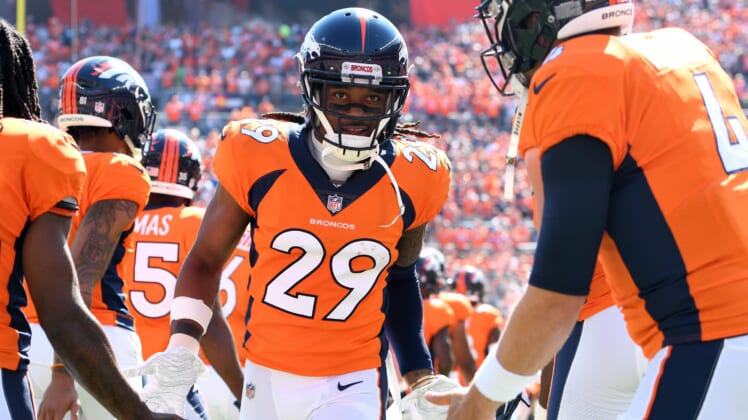 The Houston Texans and Denver Broncos are pulling a switcharoo. A day after Kareem Jackson reportedly came to terms with Denver, the Texans came to an agreement with former Broncos cornerback Bradley Roby.

According to James Palmer of NFL Network, it’s a one-year deal worth $10 million.

Broncos former first round pick CB Bradley Roby is signing with the the Texans for 1 year and 10 million, per source.

Roby was a first-round pick out of Ohio State back in 2014. During his tenure in Denver, he started 29 games, and appeared in 79 games total. During his time with the Broncos, Roby tallied seven interceptions, ran two back for touchdowns, and defensed 60 passes.

Last year was Roby’s first as a full-time starter in the NFL. He had an up-and-down campaign and actually performed worse than he had as a reserve player for the Broncos. Clearly, based on the terms of his reported contract, the Texans want him to prove he’s worth a long-term deal with improved play in 2019.