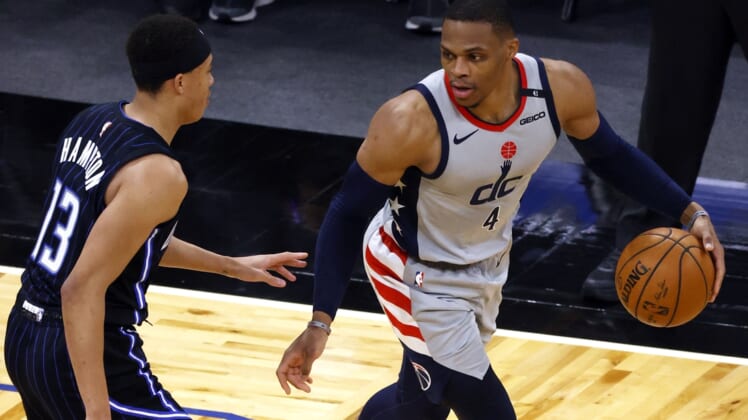 Bradley Beal scored 26 points on 11-of-19 shooting to lead the Washington Wizards to a 131-116 victory over the Magic in Orlando on Wednesday night.

Beal, who also had five assists, returned to the Wizards’ lineup after missing the previous five games with a right hip contusion. Washington snapped a four-game losing streak and a six-game skid against the Magic, who lost their third in a row.

Russell Westbrook, who finished with 23 points, 15 assists and 14 rebounds, recorded his 20th triple-double of the season and his fifth in the past six games.

Davis Bertans was still on a minutes restriction according to Wizards coach Scott Brooks, but finished with 22 points on 6-for-11 shooting — all from 3-point range — in just under 20 minutes.

Robin Lopez also had 19 points off the bench on 9-of-11 shooting while Deni Avdija totaled 16 points and five rebounds.

Wendell Carter Jr. had 15 points and R.J. Hampton had 14 points and six rebounds.

Michael Carter-Williams (non-Covid illness) and Cole Anthony (ribs) each returned to action and each finished with 13 points.