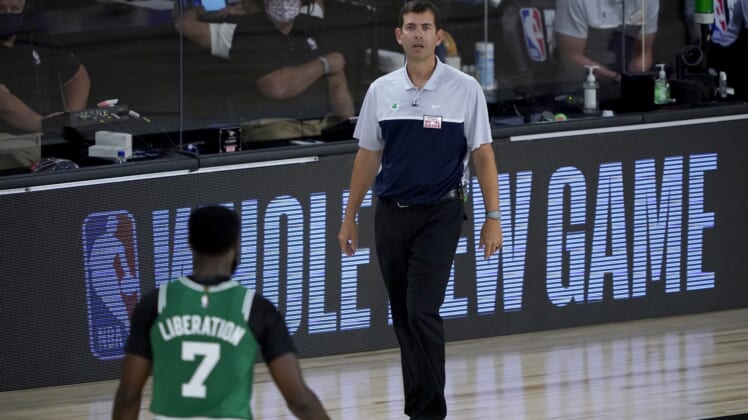 The Boston Celtics are in the midst of a 2019-20 NBA season that could conceivably see them hoist the Larry O’Brien Trophy at Walt Disney World in Orlando.

The Celtics head into their final regular-season game Thursday against the Washington Wizards with a 48-23 record and as the sixth seed in the Eastern Conference.

What exactly does this mean for the 43-year-old Stevens and his Celtics? Let’s break it down.

Brad Stevens as an up-and-coming coach

Since leading Butler to two shocking Final Four appearances, Stevens has been seen as one of the bright young coaches in the basketball world. That has not changed with the Celtics.

Originally signed to a six-year, $22 million deal by the Celtics back in 2013, the team’s brass handed Stevens another three-year extension in June of 2016. This clearly shows that Ainge and Co. have confidence in him leading the team moving forward.

Boston Celtics have a clear plan

It’s hard to ignore Ainge’s role in all of this. As we have seen in the past, the general manager continues to stick to his plan in hopes of long-term contention with the Celtics.

This has in the past included Boston pushing back against dealing young wings Jaylen Brown and Jayson Tatum for more-proven stars such as Anthony Davis and Kawhi Leonard.

While Ainge received some flack for that, both Brown and Tatum have morphed into stars. The latter is averaging 23.4 points and 7.0 rebounds on 45% shooting from the field this season.

The Celtics’ plan has been to combine homegrown talent with free-agent signings while still holding on to draft assets. At just 43 years old, Stevens leading the charge on the bench makes the most sense.

As of right now, Boston would be taking on the injury-plagued Philadelphia 76ers in the first round of the NBA Playoffs. Regardless of what happens moving forward, the plan is clear. It includes Stevens for the long-term.

In no way should this be considered a surprise given the plan put forth by Ainge years ago.