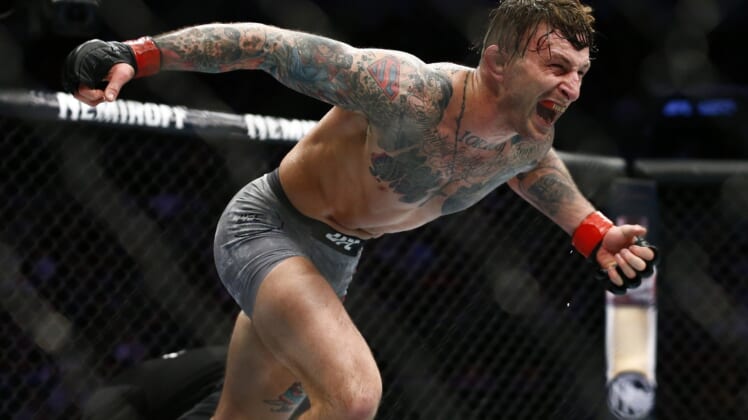 Saturday’s fight between lightweights Gregor Gillespie and Brad Riddell was postponed hours before the start of the event in Las Vegas due to COVID-19 protocols, according to the UFC.

The UFC didn’t expand on why the co-main event was scrapped and didn’t divulge any information on who violated protocols.

The fight will be rescheduled for a later date.

The rest of the 10-event card was set to continue.

The 34-year-old Gillespie (13-1) was slated to fight for the first time since losing to Kevin Lee 16 months ago.

The headline bout of Saturday’s card is a middleweight matchup between Derek Brunson (21-7) and Kevin Holland (21-5).