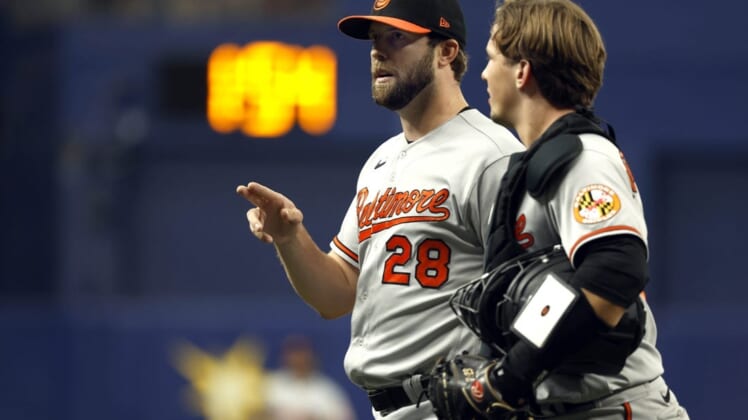 The Baltimore Orioles and visiting Chicago White Sox will play the rubber game of their three-game series on Thursday, with both teams locked in a tight postseason race.

The Orioles, who followed a 5-3 win on Tuesday with a 5-3 loss on Wednesday, have won three of their past five games in their pursuit of a wild-card berth. The trail the Seattle Mariners by 2 1/2 games for the last AL playoff spot.

“I don’t want us to stop,” Orioles manager Brandon Hyde said. “I want us to keep playing well and see where we are at the end.”

The White Sox, who are within four games of the American League Central lead and are four games out in the wild-card race, have just two wins in their past seven games following a five-game winning streak.

Entering the teams’ final meeting of the season, Baltimore has defeated the White Sox in four of the team’s six meetings and holds the tiebreaker should the teams finish with identical records in the wild-card standings.

The Orioles will give the ball on Thursday to right-hander Jordan Lyles (9-9, 4.61 ERA), who is coming off allowing four runs on nine hits in four innings with five strikeouts and no walks in a 15-10 win over the Boston Red Sox on Friday.

Lyles took a loss in his previous meeting against the White Sox on June 26, when he allowed four runs on six hits with four strikeouts and walk in seven innings in a 4-3 defeat. He is 1-3 with a 5.56 ERA against the White Sox in his career, covering four starts among six appearances. In those six outings, he walked nine while striking out 12 in 22 2/3 innings.

Lynn wasn’t effective against Baltimore in a June 25 matchup. He allowed six runs — five earned — on six hits and a walk with eight strikeouts in 6 2/3 innings during a 6-2 loss.

However, Lynn is 3-2 with a 3.89 ERA with 43 strikeouts and eight walks over 39 1/3 innings against the Orioles in eight career outings (six starts).

The White Sox will hope from another big outing from Gavin Sheets in the series finale. The right fielder had a two-run single in the first inning and a run-scoring infield single in the seventh on Wednesday as he finished 3-for-5 to lead a 12-hit attack.

The outing came in a homecoming for Sheets, a Maryland native whose father, Larry Sheets, played for the Orioles.

“My dad was sitting right behind us so I can hear him the whole (first-inning) at-bat,” Sheets said. “I can see (friends and family) all throughout the stadium, especially out in right field, I got a bunch of friends out there. I was on this field and (in) these clubhouses and at these games a lot, so it’s a lot of fun coming back here.”