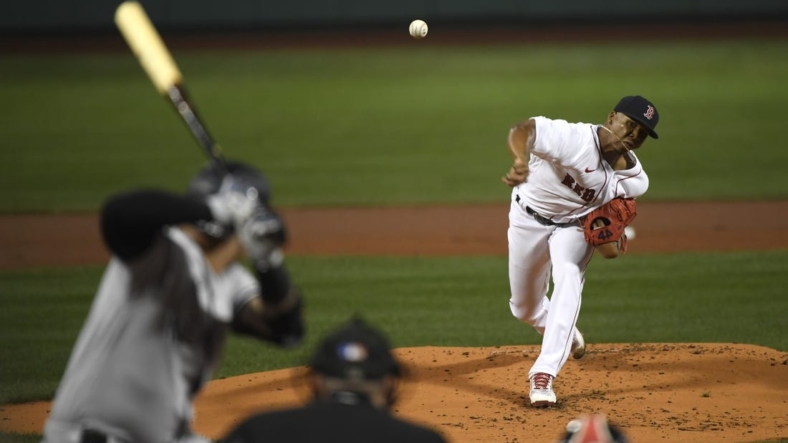 Gleyber Torres went 3-for-5, driving in a run and scoring another on an error-filled play in the fifth inning, to spark the New York Yankees in Wednesday night’s 5-3 win over the host Boston Red Sox.

Lefty Nestor Cortes (10-4) struck out seven in five innings of three-hit, one-run ball on the way to his first win since July 30.

Clay Holmes finished off his 20th save by giving up a run and striking out a batter in the ninth.

The Red Sox (69-74) committed three errors, including a pair in the fifth that led to all three runs scored against starter Brayan Bello (1-6). Despite the loss, Bello fanned six in five innings.

After Boston threatened with two on in the second, New York did the same in the fourth as Torres singled to center and Oswaldo Cabrera dropped one into shallow left two batters later.

Both runners executed a double steal as Bello awaited a throw back from catcher Connor Wong, but the Yankees were unable to score until plating three in the following frame.

After Aaron Hicks reached on a one-out error and Aaron Judge singled, Giancarlo Stanton struck out before Torres came to the plate. He slapped a single to right to drive in Hicks and send Judge to third, then Wong threw behind Torres trying to get him out at first base. But the throw was well out of reach of a diving first baseman Christian Arroyo, allowing both Judge and Torres to score as the ball careened into the outfield.

Boston cut the deficit to 3-1 before the fifth concluded as Wong ripped a two-out double down the left field line, scoring Rob Refsnyder.

The Yankees made it a three-run game again in the top of the sixth, though, as Trevino brought home Isiah Kiner-Falefa with a one-out double off the center field wall against Boston reliever Zack Kelly.

Eight straight Red Sox batters went hitless until pinch-hitter Reese McGuire’s leadoff single in the eighth. Boston loaded the bases with one out before Rafael Devers brought home a run while reaching on a hard-hit ball error by Yankee first baseman Marwin Gonzalez.

Boston looked to plate another on a fielder’s choice, but a challenge deemed that J.D. Martinez never touched first base, leading to an inning-ending double play.

In the ninth, Stanton doubled over the head of Red Sox center fielder Abraham Almonte, who was then charged with an error on the next play as a Torres fly ball hit off the heel of his glove to allow a run to score.

Almonte led off Boston’s half of the ninth with a double and scored on an Enrique Hernandez grounder.