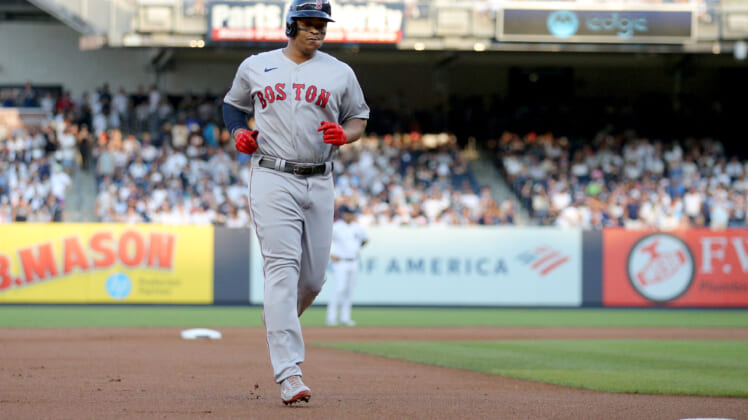 It’s been a tough couple of weeks for the Boston Red Sox. After having one of the best records in the MLB in both May and June, the Red Sox have looked completely lost over the last couple of weeks.

On June 27th, the Red Sox started a series against the Toronto Blue Jays. Boston ended up losing two out of three games, which sent the team tumbling down the standings. From that point, the Red Sox lost two out of three to the Chicago Cubs, who are 18 games under .500 as it stands right now.

They lost two out of three to the Tampa Bay Rays, somehow split two out of four games against the Yankees, and were then swept by the Rays leading into the All-Star break. Alex Cora, manager of the Red Sox, addressed the media by saying that players in the locker room needed to step up in order to fix the skid the team was currently on.

After the much-needed break from play, the Red Sox opened against the Blue Jays in one of the biggest shellackings in baseball history, losing 28-3 on July 22. This eventually led to a sweep, putting the Red Sox at a .500 record while sitting fourth in the division, and only a half-game ahead of the Baltimore Orioles.

Rumors have been circling around the Red Sox since the beginning of the season about some of the biggest names on the team. Mainly, the left side of the infield. Rafael Devers and Xander Bogaerts’ tenure with the Red Sox has been rumored about since the winter meetings.

Bogaerts has a player opt-out clause after this season, which he will certainly utilize. As one of the best shortstops in the league, he is being paid way under market value for the remainder of his contract. He is set to make $20 million every year until 2027. As much money as that sounds, Spotrac has a market value of $30.8 million for Bogaerts.

Devers, on the other hand, is going into his last year of arbitration with the Red Sox, where he will likely make a lot of money for the one-year deal. This, however, is not what Red Sox fans want to see. Devers is arguably the best third baseman in the league and is definitely a top-10 hitter in the game. 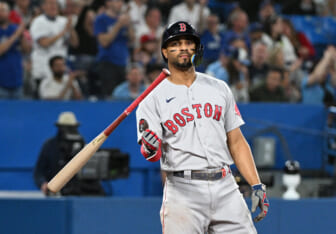 This all comes back to Fenway Sports Group looking to save money by mortgaging the Red Sox. The aggressive management group has recently purchased the Pittsburgh Penguins and has rumored to be making the push for an expansion NBA franchise in Las Vegas. On top of these ventures, they also own Liverpool FC, which they dump millions of dollars into every season. The ownership group will not hesitate to let star players walk, as we saw with Mookie Betts. It would be a huge slap in the face to their most loyal fanbase in Boston.

If they decide to sell off their assets and start over, they will be telling their fans they do not want to compete for the foreseeable future, and the Red Sox we have come to love will be gone. The ownership bolsters the sixth-highest payroll in the majors, and they treat their homegrown stars as if they were pinching every penny.

Fenway Sports Group gave huge contracts to Trevor Story and Jackie Bradley Jr., who both have severely underperformed this year. It’s impossible to justify these moves and let Bogaerts and Devers walk. The ownership group needs to be held accountable if these two players are not in Red Sox uniforms in 2024.

Where could Boston Red Sox trade Bogaerts and Devers?

If the Red Sox allows Bogaerts and Devers to walk in free agency, as opposed to trading, it will be unforgivable to the point of anarchy. If the Red Sox were to trade these two stars, then the haul they receive would need to be astronomical.

The first team that comes to mind, which would likely never happen is the Baltimore Orioles. The Orioles boast the strongest farm system in the league, including Adley Rutschmann, who has played 50 games for the O’s so far this season and is one of the best catching prospects in recent memory. If the Red Sox could land Rutschmann and Grayson Rodriguez, the #5 prospect in baseball, and #1 pitcher, that would be a start. 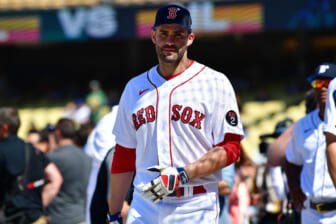 The other team to target is the Mariners. The Mariners have not made the playoffs since 2001 when they won 116 games. They have a ton of young talent in starting pitcher Logan Gilbert, center fielder Julio Rodriguez, and Jarred Kelenic. The latter who has been up and down from the MLB to AAA has been crushing since he went back down to AAA and will likely be a part of a “win now” trade deadline deal.

The Red Sox could capitalize on a desperate Seattle front office that is desperate for a playoff berth. Ideally, the Red Sox resign two of their best players in the last two decades, get healthy, and make a run in the 2022 season.